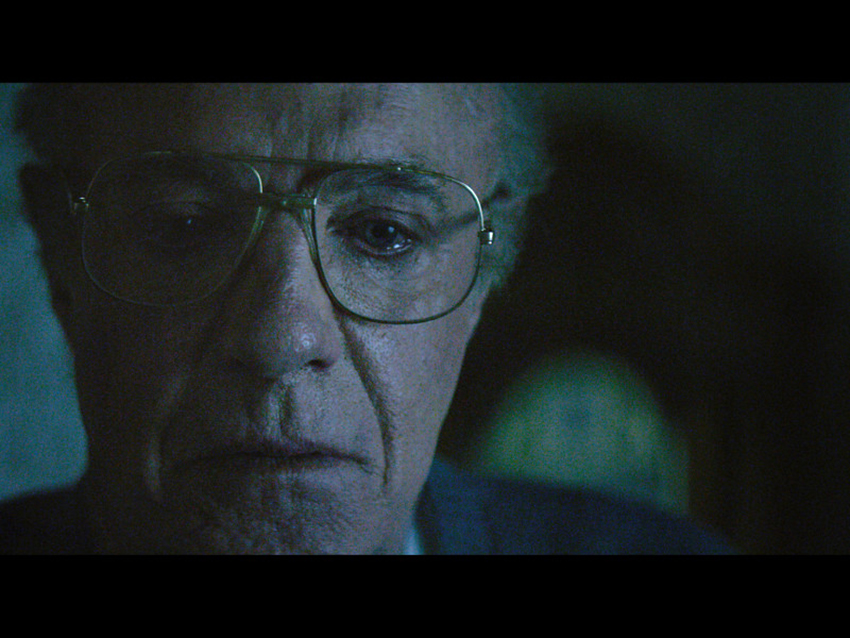 A conventional teen thriller immerses audiences in a plight to escape an imposing threat. In “The Waiting,” this story is replaced by a narrative that is unique to the genre, turning the protagonists into the imposing threat worth escaping.

In Kasra Farahani’s directorial debut, a pair of friends, Sean (Keir Gilchrist) and Ethan (Logan Miller), devise an experiment to convince an elderly neighbor, Mr. Grainey (James Caan), that his house is haunted. Using equipment purchased by Ethan’s father, the duo turn the Grainey residence into a high-tech monster that enables them to manipulate – and spy on – parts of the house. As they delve deeper into their experiment – and grow more hopeful for a reaction – they begin to realize that Mr. Grainey is far different than they expected, prompting them to go beyond manipulation and take their experiment one step further.

Farahani’s narrative excels as an assessment of tech-savvy – and often underestimated – millennials, capitalizing on adolescence, vanity and the terror of playing culprit. In contrast to conventional thrillers, “The Waiting” allows viewers to assess both sides of the ongoing crime, alternating between DSLR footage and anamorphic cinematography to construct its story. Despite their investment in a malevolent experiment, the protagonists are made captivating through witty dialogue, youthful interests and a unique collective charm. The series of events that unfold ingeniously pits them against viewers, who either root for them and their experiment or grow to detest both.

The film’s success is further solidified by its plethora of great performances. Gilchrist and Miller excel as the film’s protagonists, remaining true to their characters’ nuances while constructing excellent chemistry onscreen. Caan likewise soars in the surprisingly multilayered role of Mr. Grainey, alternating between aggravated homeowner and helpless victim with total seamlessness and control. The onslaught of great performances creates a truly immersive environment, enabling viewers to engage themselves in the thrill of the experiment without stopping to realize that they are watching a work of fiction.

The story’s complex, intricate nature is likewise complemented by a series of technical triumphs, notably its praiseworthy cinematography, editing and score. Cinematographer Alexander Alexandrov capitalizes on the art of observation, contrasting the wide shots that define the protagonists’ experiment with tight shots that allow for emotional development. Editor Kathy Gatto builds upon this art of observation by cutting between scenes with precision, creating a fast-paced environment that strengthens – rather than complicating – the story at hand. Andrew Hewitt, composer for “The Waiting,” contrasts this rapid visual structure with haunting drones, allowing audiences to gleefully bask in the suspense that saturates much of the film.

The culmination of great screenwriting, commendable technical elements and strong performances allows “The Waiting” to stand as one of the best teen thrillers to date. Its unique emphasis on the influence of crime gives it an appeal that most thrillers fail to obtain, allowing it to resonate with viewers long after the credits roll. Kasra Farahani, in directing this film, proves himself to be a man of extremely talent and capability – one that can reshape a genre long in need of revitalization. “The Waiting,” as such, is his bold cinematic statement – one that will undoubtedly spark discussion for years to come.