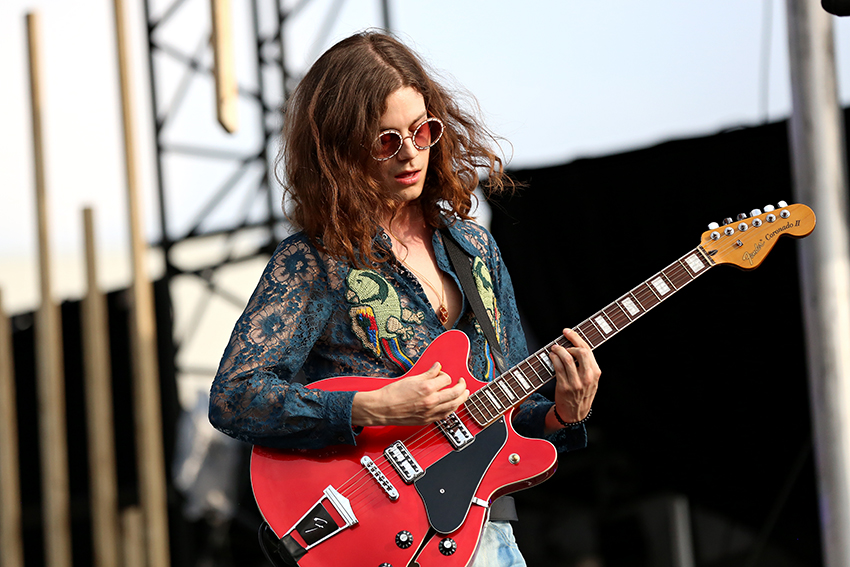 Garrett Borns, known by his stage name, BØRNS, caught the attention of music lovers last fall with the haunting vocals and dance pop anthems on his debut album Dopamine. The Daily Texan spoke to the pop singer about magic, Salvador Dali and South By Southwest.

The Daily Texan: When you were a kid, were there any indicators that you were going to grow up to be a musician?
Garrett Borns: I occasionally dabbled in karaoke. I definitely was in character, like I was always dressing up in costumes wherever I went. I was just kind of always portraying myself in a different character, I don’t know why. I think right now I have still kind of do that— right now I am portraying myself as a touring musician.

DT: You did magic as a kid; do you still know any tricks?
GB: I do have an arsenal [of magic tricks], and they occasionally come out while I’m indulging in alcoholic beverages. If you ever want to see a magic trick, give me a bloody mary.

DT: When did you start getting serious about music?
GB: In high school, I was in a position where I was like, "Do I go to film school or do I study music?" And music kind of took precedence. I started traveling on my own and working on my solo record. As soon as I was in LA, I was like, "Okay, I’m really starting to find the sound I want to make and meeting the people I truly enjoy working with." Three years ago, the sunshine proved to me music is the way.

DT: What is your favorite song to perform live?
GB: Songs take on different life forms as you play them night after night. Different personalities come out of them. It’s fun interpreting your own songs differently. It’s like covering your own song.

DT: If you could collaborate with anyone in the industry who would it be, dead or alive?
GB: Probably Salvador Dali, because he had an incredible perspective on the human brain and I think his art is just so beautiful and strange. I am really just inspired by his spaciousness. His use of space in paintings is amazing — you feel like you can just walk into them. And I like to keep a lot space in music. I like to jump into a world and walk around in it.

DT: Is this your first SXSW? What are you looking forward to? What do you like best about SXSW?
GB: This is my second one actually. Last South By was the only time I successfully lost my voice. It was just after the entire weekend — doing interviews, shmoozing, drinking. It was pretty crazy because I was on a tour and I was just like done-zo. I had to cancel a few shows, and I just went into major detox mode.

DT: Do you think that is going to happen to you again this year?
GB: I certainly hope not. I think things are a little less apocalyptic in my schedule this year. I feel for all the bands that are hustling out there because it’s not easy. You have to be on your A-game and it is not the best performing conditions. There is no such thing as a sound check at South By.

DT: What do you like about SXSW?
GB: I love Austin. Austin is beautiful. I love the energy in the air at South By; it is kinetic and everybody's just at the same party. Music is just pouring out of its pores here. Pheromones are high, everybody is ready to get down. I’m just excited to play some music.