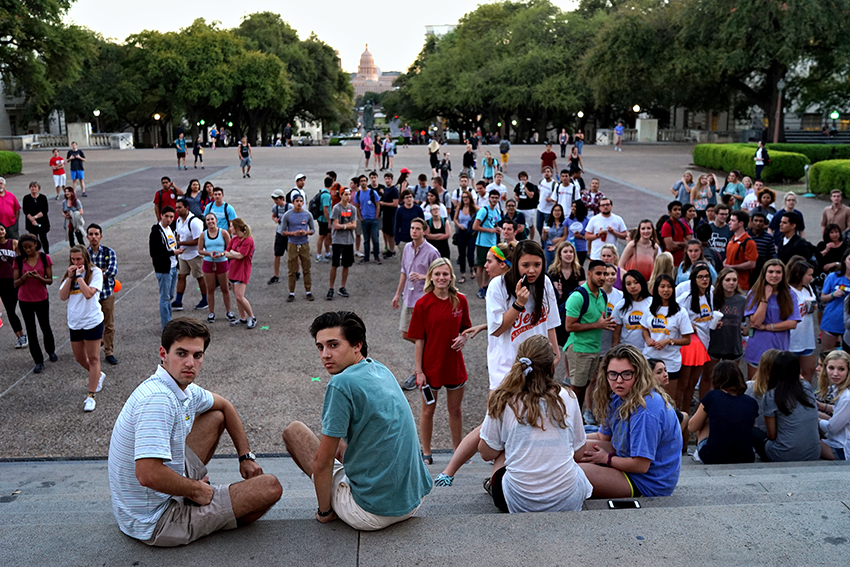 Students will vote in a new election for the Student Government executive alliance after the Election Supervisory Board and Dean of Student’s office did not certify the results of the original election.

Zachary Long, ESB vice chair and human relations sophomore, said the violation stems from the presence of UT Supreme Court justices at each of the ESB hearings. UT law professor Jeana Lungwitz was appointed as appellate hearings officer to make decisions on the original complaint appeals.

“Our decisions were upheld by the hearings officer in the new appellate process,” Long said. “Because we cannot go back in time and apply the rulings to the old election, the only way to ensure there is a fair election is to hold a brand new one.”

Campaigning will begin Monday, March 21; voting at utexasvote.org will begin Wednesday, March 23 at 8 a.m. and end on Thursday, March 24 at 5 p.m. with results being announced at 6:30 p.m., Long said.

Long said there will be a spending limit of $150 for this week of campaigning for each campaign team.

“It’s a new spending limit just for this campaign period,” Long said. “Campaigns can use everything they purchased and used in the original campaign period, as long as it was disclosed on one of the three disclosures.”

Long said the upheld rulings will apply to the Helgren-Kim campaign, which will have an 18-hour campaigning moratorium starting Monday at 8 a.m. and a 20 percent spending reduction in the new spending limit.

“The whole process has been a challenge for everyone,” Shannon said. “While it is easy to be frustrated with the process, it is important to remember that this is the first time that every party involved has had to deal with this. The DoS and ESB have both done a great job, and have made a decision that they believe is fair to everyone — we agree that it is the best solution in making sure everyone has a fair shot at the election.”

Kevin Helgren, student body presidential candidate and neuroscience and psychology senior, said he thinks it is disheartening the initial results are being disregarded.

“Voter turnout in campus-wide elections is something that we’ve struggled with for years, and turnout in this year’s initial election was record-breaking,” Helgren said. “The decrease in voter turnout that will likely characterize the new election may very well outweigh the repercussions of the alleged violation of due process.”

Daniel James Chapman, student body presidential candidate and economics and mathematics senior, said he is frustrated with the election process and Student Government.

“This is the second time this decade that an election has been postponed due to a legal scandal, and I feel like Student Government is fundamentally broken if this is a recurring issue,” Chapman said. “No one is going to care about these new elections. I feel like candidates should focus their energy on running positive campaigns instead of trying to disqualify or hurt other teams for very petty reasons. It’s time for us to question if Student Government is really worth the resources that UT puts into it.”

Kallen Dimitroff, student body presidential candidate and history and government senior, said she thinks due process was necessary and not given the first time.

“The hearing officer upheld all of the ESB’s decisions that the [Supreme Court] overturned … the ESB’s rulings and subsequent punishments or acquittals were found to be correct and fair,” Dimitroff said. “However, the way in which the ESB decided to implement those rulings in the new race won’t significantly alter the outcome of this election as opposed to the last. For that reason, we feel like delaying the election wasn’t really of benefit to anyone — especially not the student body.”