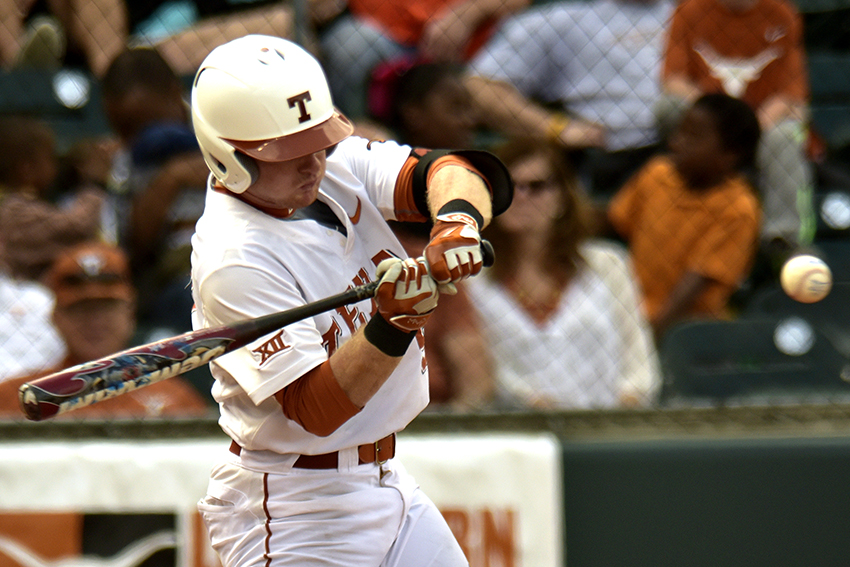 Chase Shugart didn’t allow a ball out of the infield in the eighth inning of Sunday’s contest with Tulane. But the freshman pitcher still allowed Tulane to plate two runs with the game tied, and Tulane took a 4-2 lead it would never relinquish.

A pair of bunt singles — one of which Shugart could have let trickle foul — allowed Tulane to take the lead. A shaken Shugart then walked two consecutive batters, extending the Longhorns’ deficit.

Texas threatened in the ninth but to no avail. A sacrifice fly by junior outfielder Zane Gurwitz proved inconsequential to the final result, as the Longhorns fell 5-3 in the series finale. The loss marked the Longhorns’ fifth defeat in six games.

“We have provided the opponent with more opportunities than any team can withstand,” head coach Augie Garrido said. “We’re not playing our game, we’re not doing what we’re capable of doing. We need to start over.”

Sophomore pitcher Kyle Johnston was solid in five innings of work, but did not escape unscathed. Texas was porous up the middle and surrendered two errors in the third, which led to a pair of Tulane runs. The Longhorns found themselves in a 2-0 hole.

“We need to play defense at a high level, and we have not done that,” Garrido said. “We have taken the routine, and created opportunities for the opposing team.”

As Johnston rolled, so did Tulane starter Emerson Gibbs. Gibbs carved up the Longhorns through the first five frames, ultimately fanning seven batters. On a lazy Sunday at the Disch, the Longhorns’ bats failed to produce. Texas couldn’t bring a runner to scoring position in the opening five innings, unable to attack Gibbs with any efficiency.

“[Gibbs] had very good control of his curveball, throwing a lot of strikes on the outside,” Gurwitz said. “He came out and attacked us.”

The Green Wave’s defensive issues cost them just as it did Texas. Miscalculations in the outfield accounted for both of the Longhorns’ runs, allowing Texas to tie the game at 2-2 in the seventh.

But the stalemate didn’t last as Shugart struggled. He gave up three earned runs in the final two innings, granting Tulane a 5-3 victory.

A lack of defensive execution and a punchless lineup hurt the Longhorns again in their third consecutive series loss. Conference play starts on Thursday and the season is far from over, but Garrido said the team needs to fix its bad habits quickly.

“The bad news is, we’ve lost twelve games,” Garrido said. “But the good news is, we’re responsible for the losing. It’s now in our hands to change it.”