Election cycle is something out of lawless nightmare 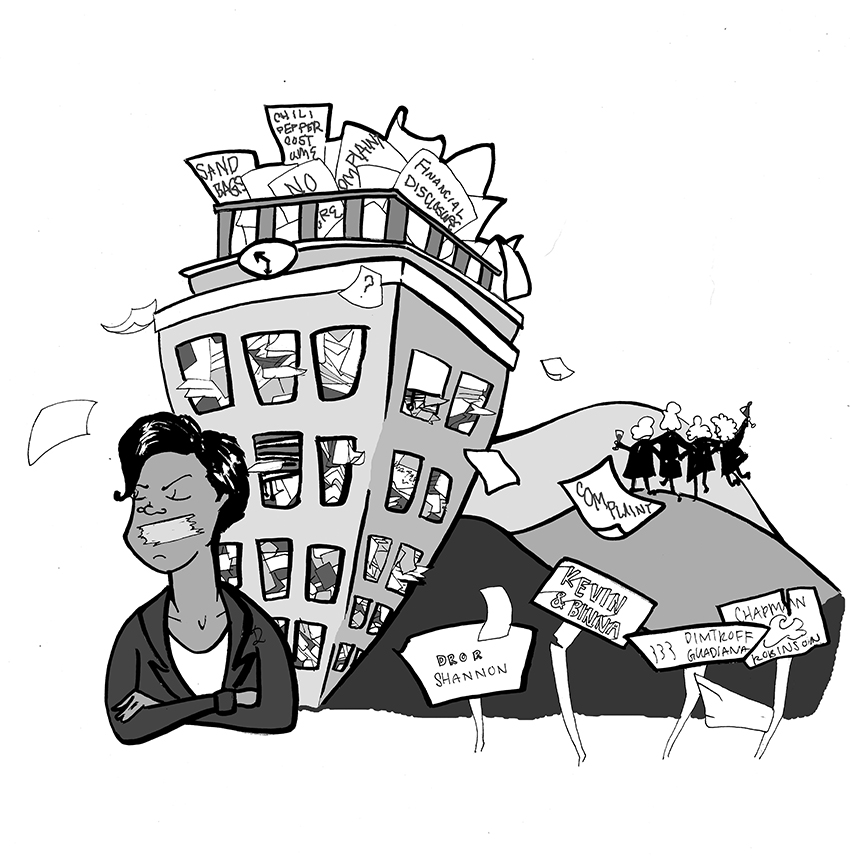 It has now been more than two weeks since I voted for Student Government executive alliance (president and vice president, respectively). It has been nearly as long since this University was supposed to tell us who won. But, of course, things can never be so simple. Not here. Not in SG.

We voted on the Internet. There were no paper ballots. There does not have to be any counting. Just a few strokes on a keyboard and we would know who won.

It started out so simply. The Dean of Students announced that executive alliance results would be delayed, just for an hour or so. They were then delayed a second time, and then a third time. Finally, the election results were not certified and delayed indefinitely.

But this is where the fun really began. SG began discussing the impeachment of Zachary Stone, who until recently was the Chief Justice of the UT Supreme Court. Stone, as well as three of the four other justices on the court, resigned in protest. They co-wrote a column that appeared in this newspaper on Thursday, castigating the entire process.

Now, the entire election will be scrapped and a new one will be held. But there has still been no official word from the Dean of Students. No word on who was the popular choice of the students.

For most students, SG is very low stakes. This election is not going to affect my life — or likely yours — in any significant way. But it does matter nonetheless for two reasons. First, the people running — there are eight of them, last I checked — need to know whether or not to apply for graduation. The deadline is April 4. A new election and a subsequent runoff very well may not happen by then. Second, and more important, it blemishes our reputation to be put through this indignity.

To put it bluntly, I’ve seen elections for Municipal Utility Districts that were less petty than this. The ticket of Kallen Dimitroff and Jesse Guadiana has been accused of lying on their financial disclosures because they did not accurately enumerate the number of sandbags holding up one of their signs outside of a sorority house. The judicial branch quit en masse after fouling up and then publicly announced they were going out for drinks.

SG President Xavier Rotnofsky and SG Vice-President Rohit Mandalapu ran last year as a joke. Frankly, I find this year’s election to be the bigger farce.

“This election started off like any other but descended into madness pretty quickly,” Mandalapu said. “Hopefully this all gets sorted out soon and we can move past this embarrassment and whoever wins can actually focus on serving the university instead of petty election drama.”

To further quote the aforementioned Rotnofsky and Mandalapu, what starts here? Let me count the ways.

Voter apathy, for one. Texas has among the lowest rates of voter turnout in the country. Maybe it’s because some Texans’ first experience with electoral politics is this cluster of embarrassment. Maybe hostility to campaign finance reform too, given how ludicrous, onerous and punitive the regulations on campaigns at this University are.

So what is there to do now?

“I mean what’s happened has happened,” Dimitroff said.  “It’s confusing and it’s not great but right now we all have a choice to make about how we get out of this.”

For starters, the Dean of Students should release the original election results — not certify them, just release them to the public. I know the Texan has filed a Freedom of Information Act request with the University. We should know who won, even if we have to go to the courthouse to find out.

Having an election with some integrity would be another good idea. I tend to think that’s a pipe dream, but perhaps others are more optimistic.

“Through complaints, resignations and general BS I still believe in SG,” Dimitroff added. “I believe in our campus community and I know that together we can rise above this mess and make SG about what this process should’ve been about the entire time – things that matter.”