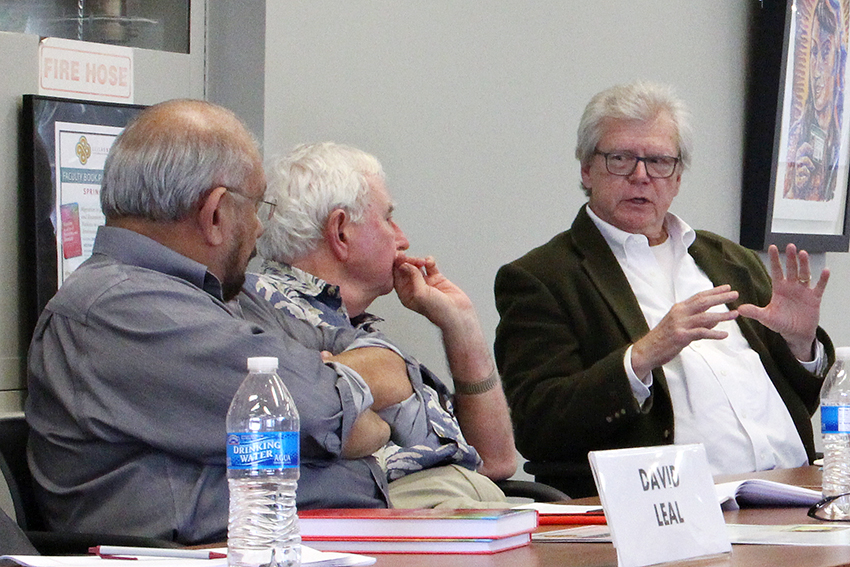 A new book co-authored by UT experts that examines the history and policies behind international migration will be available to read May 30.

The book, “Migration in an Era of Restriction and Recession,” focuses on migrant policies in countries including Peru, Turkey and Mexico. It was co-authored by experts from around the country and sponsored primarily by immigration-related programs at the University.

Students and researchers will have online access to the book and will be able to purchase and download individual chapters, said David Leal, a government professor and co-author.

The idea for the book came after a 2009 conference with the same name, and the topics discussed in the book are still relevant seven years later, Leal said.

“At the same time that we are admitting more, especially skilled people into the country, we’re also deporting more people than ever before,” said Nestor Rodriguez, a sociology professor and co-author. “We have kind of a revolving door. While the U.S. has admitted many immigrants — more than any other country in the world — we have a long list of restrictive policies.”

Immigrants used to be able to work seasonally and return to Mexico, but when border security tightened, the cost to return to the United States increased from $50 in the 1940s to $6,000 today, Rodriguez said.

“[In the ’60s], about 70 to 75 percent of migrants from Mexico to the United States would return to Mexico,” said Bryan Roberts, a sociology professor and co-author. “As you came up to the end of the ’90s, you’re now seeing the reverse. [One of the reasons is] the shift in the American economy away from agriculture work as seasonal work … and increase in work in services in the cities.”

The book highlights the benefits of working with multiple authors and editors, Leal said.