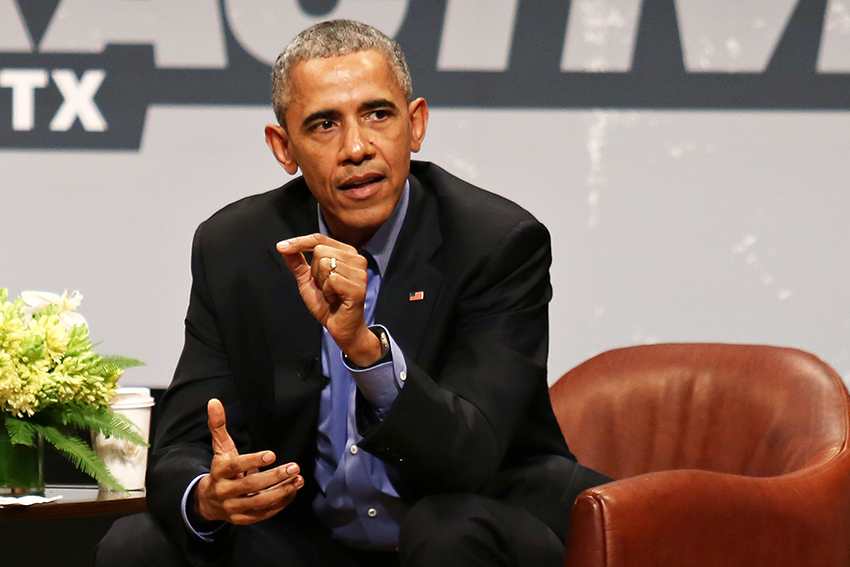 At SXSW last week, President Obama made critical comments on the current state of American democracy. He noted that America is the only advanced democracy that makes it harder for people to vote. In recent years, many states, including Texas, have introduced new legislation with the intention to combat voter fraud. However, it deters millions of voters from the polling station and participating in America’s most fundamental right — democracy.

Although some Republican leadership, like Abbott, believe tackling voter fraud is a top priority, they often dismiss the harmful ramifications it has on minority voters. According to a study conducted by the Brennan Center for Justice at New York University, 3.2 million Americans don’t possess a government-issued ID and therefore don’t have access to a ballot.

Most of these people — young adults, senior citizens, minorities or the poor — find themselves unable to vote simply because they don’t have a piece of plastic that makes it legal for them to drive on the streets. Larry Norden, acting director of the Democracy Program at the Brennan Center and co-author of the study, tries to dispel the common mindset regarding voter ID laws.

“I get that all the time: ‘What’s the big deal? I just got my driver’s license renewed; it took like five seconds,’” Norden said. “Frankly, that’s why these laws have been so successful: because 89 percent of the population does have photo IDs.”

The irony of voter ID laws is they rarely deter voter fraud. A study conducted in Wisconsin only found seven cases of fraud out of 3 million votes cast. Iowa’s Secretary of State, Matt Schultz, backed up these results in a 2014 report outlining a two-year investigation in voter fraud, finding zero cases of fraudulent votes cast.

Wisconsin and Iowa have some of the harshest voter registration laws, but this pattern is prevalent across most states in which there is little to no effect on voter fraud.

While these laws have been proven ineffective for their intended purpose, they do a wonderful job suppressing particular voters in both parties. According to a study conducted by the University of California at San Diego, voter ID laws have lowered Democratic turnout in general elections by an estimated 7.7 percentage points and Republican turnout by only an estimated 4.6 percentage points. The difference of 3.1 percentage points across the two parties is enough to sway an election and raises questions about the real intention behind the voter ID laws. Ian Millhiser, writer for Think Progress, elaborates on who these laws really affect.

“What do voter ID laws accomplish?” Millhiser asked. “They create an obstacle in front of voters that is most likely to impact racial minorities, low-income individuals and students — all groups that tend to prefer Democrats to Republicans.”

The nation will be in another election in the next few months, but ultimately, some Americans won’t be able to properly participate. It’s not because these potential voters have the incentive to cheat the system but because it’s easier for politicians to stay in power if their opponents’ constituencies didn’t vote. This is a perversion of democracy, and it will never be rectified until we change the system for the ballot to be inclusive to all.

Choudhury is an economics freshman from Dallas. Choudhury is a senior columnist. Follow him on Twitter @Mubarratc.