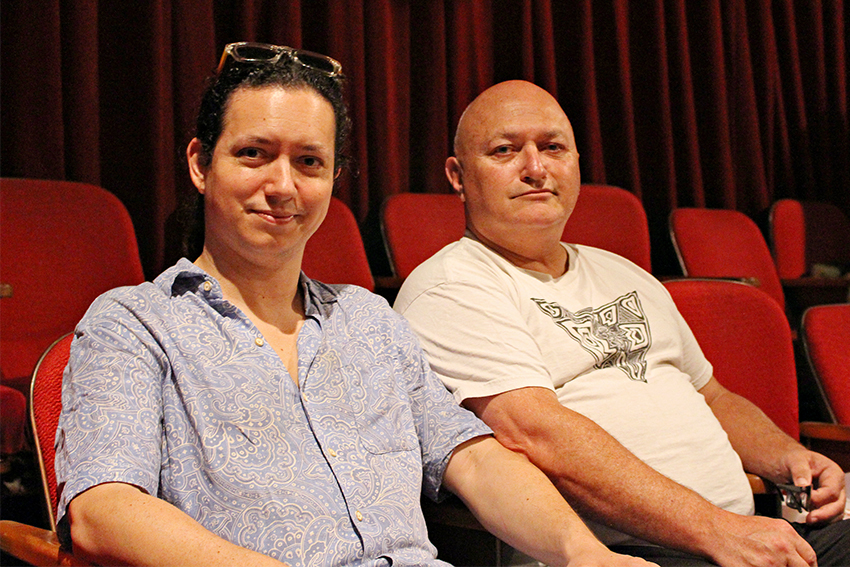 Local playwright Mick D’Arcy spent the past 15 years living with a Greek goddess.

He has written and rewritten countless pages about her, crafted song lyrics and sought out musical collaborators, all in the hopes of breathing new life into the classic Greek myth of Persephone.

In the traditional story, Persephone, daughter of Zeus and Demeter, is abducted by Hades and transported to the underworld, where she must remain for part of every year after she eats pomegranate seeds. On Saturday, D’Arcy’s musical version of the centuries-old tale will premiere at the Vortex Theater. He said he aimed to alter the story to include messages of hope and redemption, rather than the rape for which the story is often remembered.

“People need a new version of the story,” D’Arcy said. “If we keep on telling the same version of the story as the rape of Persephone, then it’s always the rape of Persephone. I don’t like that. People deserve something better than that. More progressive? I don’t know. I don’t want people to think that rape is just fine if you’re in power. That’s why I chose this story.”

According to D’Arcy, the play also includes influences from his life during the 15 years he spent perfecting the script. During that time, D’Arcy’s life featured stints in Portland, Oregon, New Orleans and New York City, a nine-month period in which he slept in the Vortex theater’s dressing room and breakups — first with his wife, then with a girlfriend years later. He said the latter prompted him to finish work on his script.

“I could go home and cry, but I’ve been doing that a lot already,” D’Arcy said. “Let me go ahead and work on this show that I’ve been ignoring for a long time. Instead of wallowing, let me do this. I would say that Hades is very much a lonely guy, and that’s how I was for a long time, until my work got me past asking the stupid question of ‘Why won’t girls be with me?’ to ‘Why am I keeping myself out of relationships?”

D’Arcy’s exploration of a reimagined relationship between Hades and Persephone will feature a live band and score from UT alumnus Tyler Mabry, who joined the project a year ago. By the time Mabry signed on, D’Arcy had already been writing the script for over a decade and had tried working with several other composers, each of whom had fallen through. Mabry set about parsing D’Arcy’s previous versions of lyrics, oftentimes reworking them or adding his own. He said the breadth of characters and scenes in the play made composing the score a unique challenge.

“[D’Arcy] wanted it to have a Shakespearian range to it, where you have some pretty serious elements and then some almost slapstick, just crazy zaniness,” Mabry said. “To try to unify that musically was interesting to me.”

Vortex artistic director Bonnie Collum said the company prefers to work with plays that are in a development process, as was the case with “Persephone” when D’Arcy first approached her about the project.

“Being able to work with Mick over several incarnations and revisions of the show, I’ve been able to see it grow and deepen and really become a substantial work of musical theater,” Collum said. “We’re really leaping out there and doing a brand new thing that’s never been seen by audiences before.”

This story has been updated since its initial publication to correct a detail in the traditional story of Persephone.