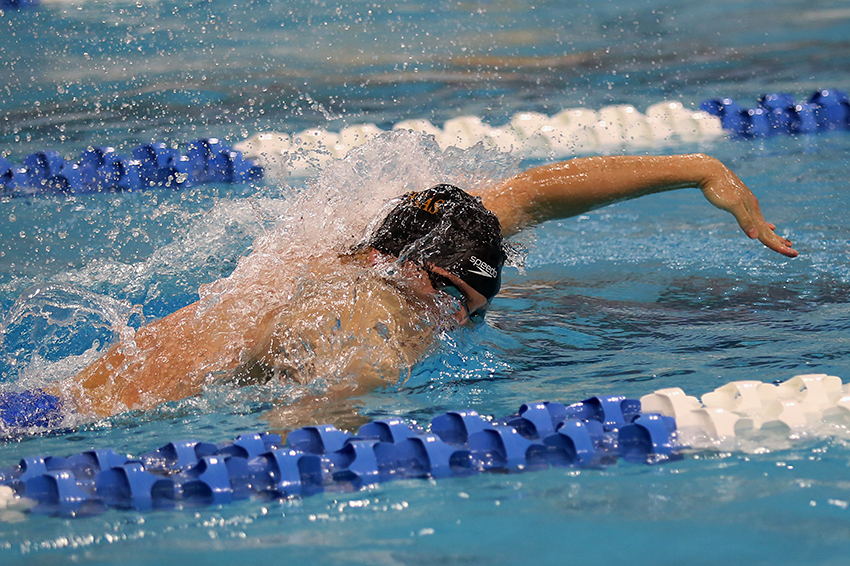 The Longhorns will head into the final day of the NCAA Championships with a comfortable 95-point lead over California after record-setting performances by sophomore Joseph Schooling and freshman Townley Haas on Friday evening.

Schooling started the record-breaking day with a win in the 100-yard butterfly. He finished the event with a time of 44.01 seconds — an NCAA, championship meet, Big 12 and school record. Junior Jack Conger finished in third .86 seconds behind Schooling.

Haas then took his crack at the record book two events later. His time of 1:30.46 in the 200 freestyle set an American, NCAA and championship meet record.

The Longhorns also grabbed three second and third place finishes in the finals. Junior Will Licon took second in the 400-yard individual medley with a time of 3:37.40, while senior diver Corey Bowersox turned in a career-best third place finish in the 3-meter dive with a score of 420.50.

Texas heads into the final day of the championships with 366 points to California’s 271. Florida sits in third with 255.