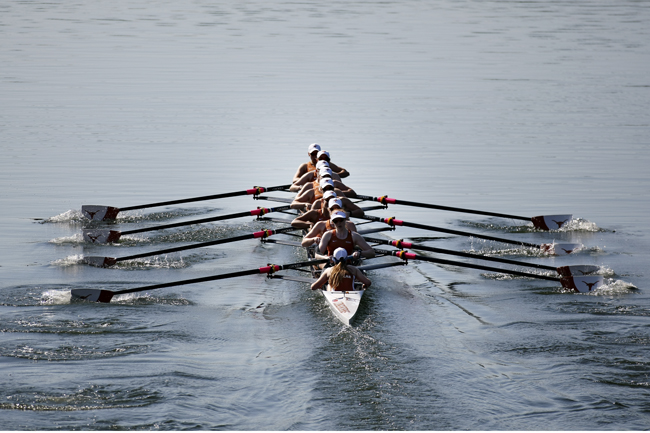 The No. 8 Texas rowing team kicked off its spring schedule with a solid start in three 2000-meter inter-squad races at the Longhorn Invitational on Friday.

The invitational also includes San Diego and No. 17 Notre Dame, which competed against each other today. Texas will face both squads tomorrow at Lady Bird Lake.

Texas shined in the first Varsity Eight race, with the Longhorns’ “A” team posting a day-best time of 6:54.1, easily beating Texas’ “B” team’s time of 7:10.6. The time also beat Notre Dame and San Diego’s times by 6 seconds and 10 seconds, respectively.

The regatta continues tomorrow morning, with Texas taking on Notre Dame in the first session starting at 8:20 a.m. and San Diego in the second at 11:10 a.m.