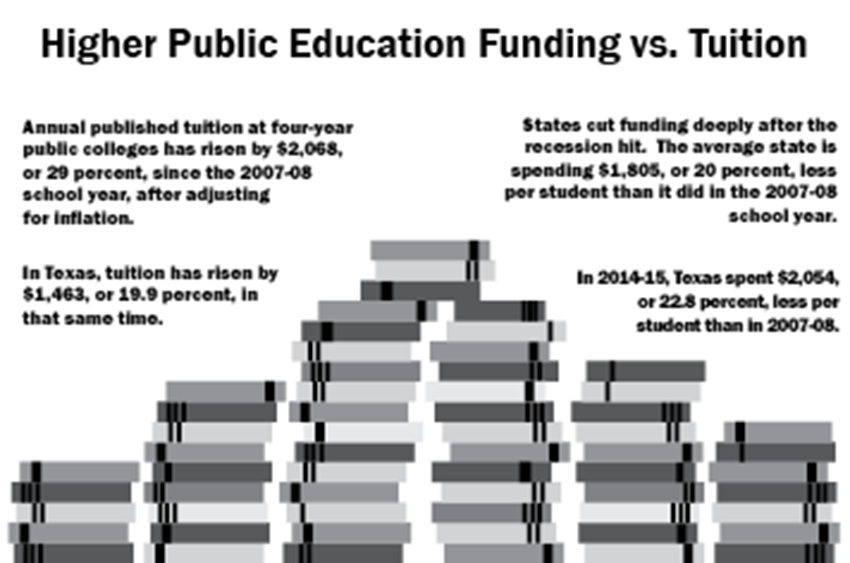 Time and time again, slashing education funds has proven to be a horrendous idea. Recently, the budget impasse plaguing Illinois, due to political gridlock, led to a complete loss of state funding for its public universities.

It’s the age-old tale of divided government. But this time, the collateral damage could be as large as half a million students. Just at Chicago State University, the financial situation became so dire that it necessitated the cancellation of spring break and a shortening of the school year to prevent the depletion of the little money it has before students finish the semester.

Many other universities and community colleges have reported that they are in danger of closing, including Eastern Illinois University, with an enrollment of 8,913. Some of these schools have even begun to lay off administrative and academic staff in order to stay afloat.

It’s unacceptable that lawmakers see no problem with students losing their professors halfway through the semester. It’s unacceptable that they don’t do everything in their power to ensure that students at Chicago State, primarily from lower-income black communities, who are working so hard to escape poverty and embrace opportunity, have the resources they need to graduate.

Further, this matter is not exclusive to Illinois. The University of Wisconsin saw its state funding slashed by 13 percent, which amounts to $300 million, under the governorship of former Republican presidential frontrunner Scott Walker. Even for Texas public universities, state appropriations per student have actually decreased by over 10 percent over the last fifteen years. It’s worse in Kansas, where there exists the possibility that public K-12 schools will not open on time next fall because of a budget impasse. Incredibly, it has happened before.

It should be a state’s priority to subsidize the education of its citizens as it is a matter of economic development that a more educated workforce is a more productive one. It’s possible that lawmakers fail to realize that education is probably the most sound investment in a state budget; however, it is far more likely that they simply care more about maintaining stalemate for political reasons and cutting spending to give their donors tax breaks.

Legislators are essentially admitting that they have no concern for the future of their constituents or their state’s economy. This problem is not at all exclusive to Republicans, either. After all, Illinois is a Democrat-controlled state, and the Democrats there should be willing to submit to the governor’s terms if it means keeping schools up and running.

On the other hand, many argue that the problem lies in spending. Genuine concerns exist about the growth of university administration and administrative salaries. While these concerns are valid, “starving the beast” is not the proper approach here. It is true that universities have seen larger and larger endowments, but this money is necessary to provide a rapidly increasing number of students with the education necessary to compete with those from other universities. This may raise different issues about the state of higher education and the root of these costs, but cutting funding will solve nothing.

Karouta is a chemical engineering freshman from Plano.