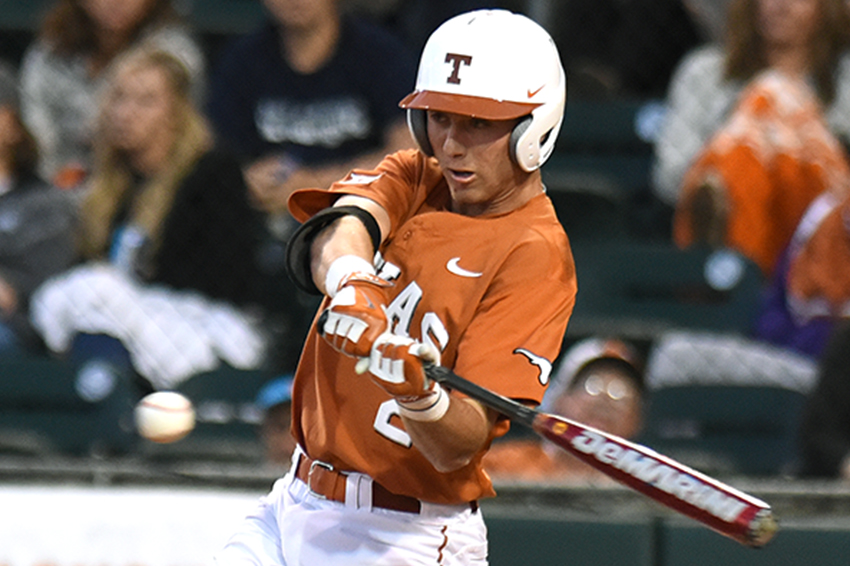 In the ninth inning against California on Mar. 6, Texas looked to have the contest sewn up. Up 7-6 and one out from victory, sophomore shortstop Bret Boswell fielded a routine ground ball. Boswell scooped the roller and fired to first.

But Boswell couldn’t complete the play. It was a microcosm of the Longhorns’ season, as junior first baseman Kacy Clemens couldn’t secure the short hop. California scored another run, tying a game which Texas would ultimately lose 10-7 in extras.

Fielding the ball has been anything but routine for the Longhorns in 2016. Texas has fumbled, botched and booted countless plays on the diamond this year, looking little like the team head coach Augie Garrido envisioned in the preseason.

“We’ve made huge contributions to the other team’s offense, and they’ve taken advantage,” Garrido said. “We can’t enable them to have more base runners than they should.”

The statistics paint a clear picture of Texas’ defensive woes en route to its 11–13 start to the season. The Longhorns currently occupy the cellar of the Big 12 in fielding percentage and have the most errors of any team in the conference. And while other factors — including an inconsistent lineup and a bullpen shakeup — have contributed to the Longhorn’s subpar start, poor defense has been the main culprit.

“We’ve had our bumps and bruises on defense,” senior pitcher Ty Culbreth said. “It makes you a little more confident when you can trust the guys behind you and you don’t have to be perfect.”

On March 23, Garrido announced that sophomore second baseman Joe Baker would miss four to six weeks with a stress fracture. Baker served as one of Garrido’s top offensive producers, and his absence looked to deal another blow to an injury-riddled Longhorns team.

But while Texas has missed Baker’s bat in his absence, his injury forced Garrido to reconfigure his defensive alignment. And thus far, the adjustments have payed dividends.

Junior Tres Barrera has moved to third base after formerly serving behind the plate, and freshman Kody Clemens has moved to shortstop, replacing Boswell. As for Baker, his spot has been filled by junior Zane Gurwitz, who previously played center field.

The configurations led to an infield comprised of three upperclassmen and a freshman in Clemens, who has shown maturity beyond his years at shortstop.

“We wanted three veteran guys in the infield,” Garrido said. “That was the thought process, 100 percent. Their leadership is a big reason we put them there.”

Texas dug itself a hole in nonconference play as it prepares to face Lamar on Tuesday at UFCU Disch-Falk Field. But a strong defensive showing against TCU has given the Longhorns life as the season heads to its second half.

“We have a losing record overall, but a winning attitude,” Garrido said. “I can’t go back and erase the losses, but we can learn from it, and we showed it.”