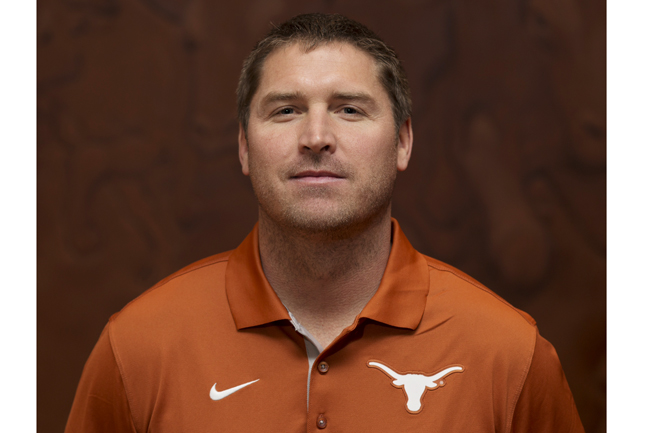 It’s been no secret that new offensive coordinator Sterlin Gilbert likes his offense to play fast. After only seven days of spring practice, players have been out of breath and Gilbert has only started the process of getting players into shape.

“It’s been fast and furious since the day we got here,” Gilbert said. “It’s kind of how we like it. It’s been a good process for us, and our guys are doing a great job of taking what we’ve given them.”

In order for the team to grasp the new fast-paced offensive scheme, Gilbert wants to establish a quick tempo. And as soon as the team creates a quick-thinking mindset, he said the offense will begin to click.

“It’s like grandma’s pie,” Gilbert said. “She just puts it together, and it tastes good. There’s not really a set up recipe for [the offense]. You just try to install it, input it and try to put together the personnel and seeing where guys fit.”

The biggest question about the offense is who will take the reigns under center. While Gilbert said the quarterback battle is still up in the air, he said the player who wins the job needs to have a high football IQ.

While Gilbert has never coached under a microscope to the caliber of Texas, he said he is more than ready to coach under the bright lights when the Longhorns take the field against Notre Dame on Sept. 3.