Texas Relays begins with a bang 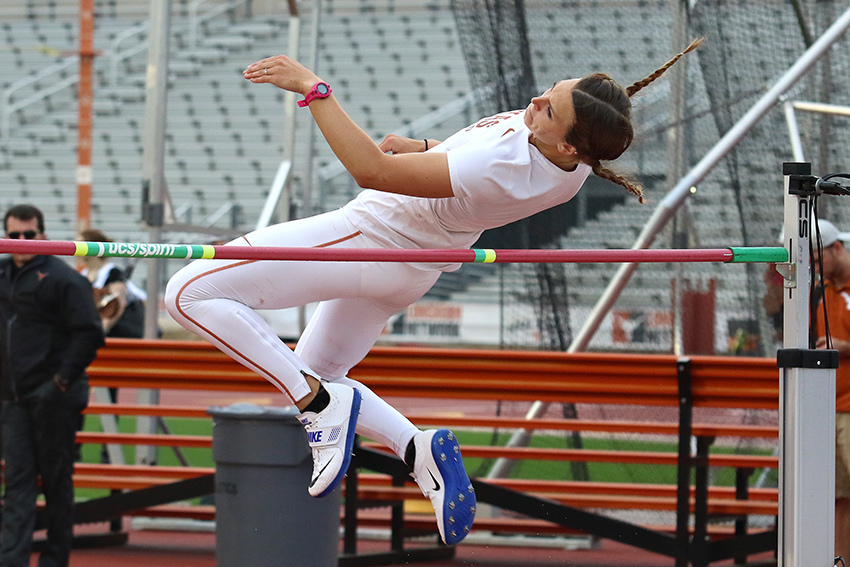 The 89th running of the Clyde Littlefield Texas Relays began Wednesday with the women’s heptathlon and men’s decathlon at Mike A. Meyers Stadium.

In the men’s decathlon, Texas freshman Reese Thompson got out to a fast start, finishing second in the 100 meters with a time of 10.94 seconds. He also fared well in the long jump, with a mark of 6.99 meters, a foot better than any previous jump in Thompson’s career.

But Thompson slowly moved back in the standings, and after five events sits in 10th place out of 18. Stanford’s Harrison Williams is currently in the lead.

“I felt like Reese did a great job,” head coach Mario Sategna said. “The decathlon is still very new to him. He wasn’t a guy who in high school did the dec — he was a hurdle and vault guy.”

Former Longhorn Trey Hardee was also in Wednesday’s meet. Nursing an ankle injury, the silver medalist at the London 2012 Olympics only competed in the shot-put event. His throw of 14.98 meters was the longest of the day.

On the women’s side, Texas sophomore Ashtin Zamzow’s time of 24.9 seconds secured a second place finish in the 200 meters. Her steady performances across the board kept her in sixth place.

Taliyah Brooks of Arkansas leads the field of 31 athletes after four events. The Razorbacks hold the top four spots in the standings.

“The great thing — and this is where you can see she’s getting ready to make a big jump and hit that 6,000-point barrier in the next year or so — is that just being consistent across the board,” Satenga said. “Not having to have huge PRs in one event but being solid in all four.”