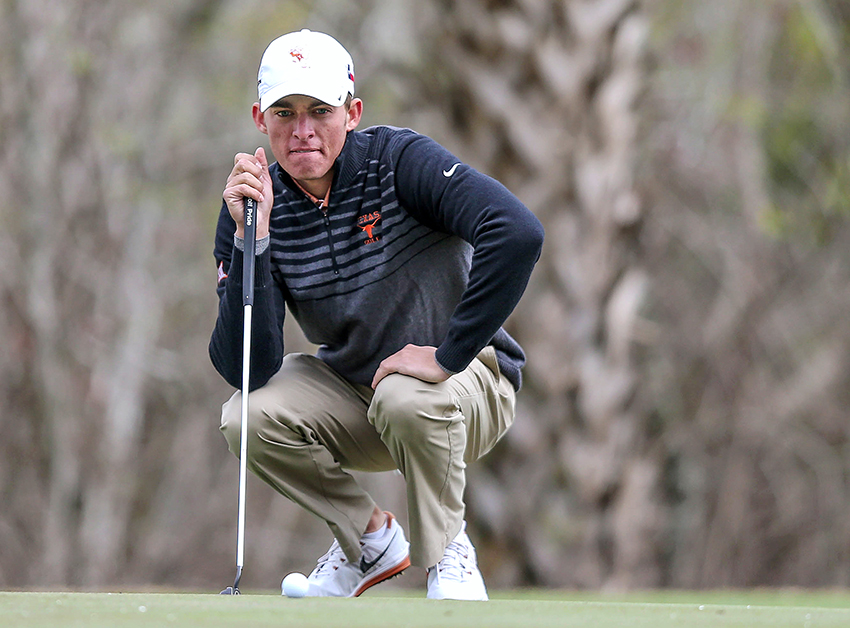 No. 1 Texas men’s golf fell short of winning the 3M Augusta Invitational in Georgia on Sunday, finishing second at 24-under par and three shots behind No. 2 Illinois.

“We know Illinois is a great team, today that got the better of us,” head coach John Fields said.

But the runner-up finish was not without a silver lining — junior Beau Hossler picked up an NCAA-best fifth individual victory of the season and sixth of his career, winning by two shots at 11-under par.

Sophomore Doug Ghim posted a final round 1-under 71 to finish at 6-under for the tournament and in a tie for eighth. Ghim has finished inside the top-10 five times this season.

Redshirt sophomore Taylor Funk fired a career-low 3-under 69 on Sunday to finish at 4-under overall and in 12th place, the second-best finish of his career.

Junior Gavin Hall tied for 13th at 3-under after firing a 2-under 70 in the final round. Sophomore Scottie Scheffler shot an even par 72 on Sunday to finish in a tie for 41st at 5-over.

“Our guys played very solid today,” Fields said. “We are not hitting on all cylinders yet, but that is the goal as we head into postseason. We had four players in the top 13 this week in a field that resembles an NCAA Regional.”

The Longhorns will close out their regular season schedule, Apr. 15-16, at the Maxwell Intercollegiate in Ardmore, Oklahoma, before heading to Trinity, Texas for the Big 12 Championship, Apr. 29-May 1.

“We are enjoying this year as a team and aspire for championships,” Fields said.