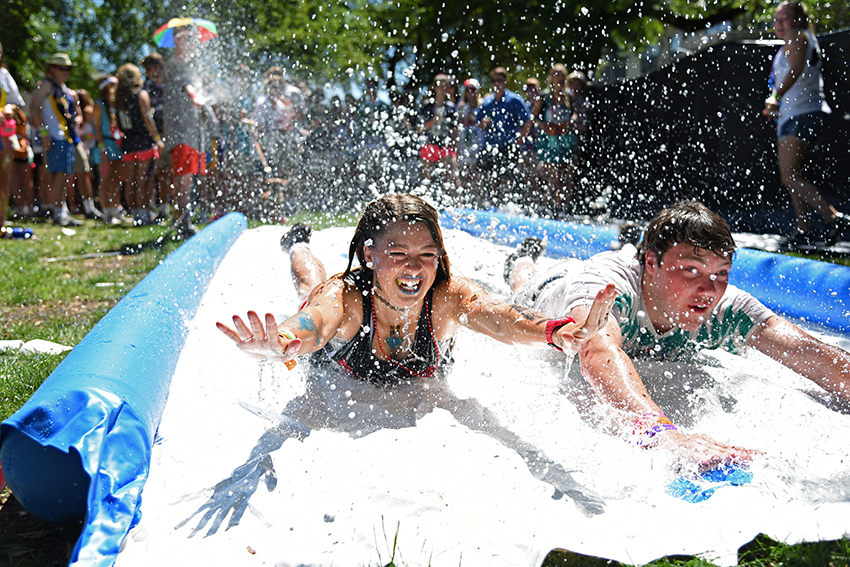 Over the weekend, West Campus was a whirlwind of fanny-pack clad women and jersey-wearing men, all running from party to party, from philanthropy event to philanthropy event, in the spirit of the 86th Annual Texas Round Up. Had unaware, unassuming people walked through West Campus, they probably would have been thoroughly confused. Round Up is a Texas institution, and one that has put UT at the top of the party school list several times. Almost all of the fraternities on campus host several events throughout the weekend, including bar tabs, late nights and famous rappers and DJs.

Originally meant to draw high schoolers to fraternity life as a rush event, Round Up is now intended to be exclusively for college students. For many, it is chance to drink and party all weekend. This attitude, historically, has promoted irresponsible behavior. Although Round Up is still about partying, this year’s philanthropic efforts of the Interfraternity Council and the houses themselves added a new dimension to the previously superficial event. Ultimately, this shift could redefine the fundamental purpose of the weekend, making all of Greek life more inclusive and less controversial.

In order to attend any Round Up event, non-UT students had to pay a fee of $20. For the first time, IFC pledged give Round Up a purpose. In past years, all proceeds would be donated, however, this was the first year that a charity was chosen and advertised prior to the event. They chose B+, an organization run out of Austin that benefits children with cancer and their families by providing them with money and support. Many sororities host their own independent philanthropy events, by selling food and having activities at their houses throughout the weekend.

Nationally, Greek life has a bad reputation for misguided values and it can be easy to see how Round Up perpetuates this reputation. With 16% of UT in a Greek letter organization or over 6,000 students, these organizations are capable of doing really great and important work. This can often be clouded by a poor reputation, especially concerning alcohol—75% of students who live in sorority and fraternity houses nationally are likely to be heavy drinkers, as opposed to 46% of the general student population. However, the IFC and National Panhellenic Council are doing great work towards changing the purpose of Greek life.

A lot must be done in order to change this culture, and it will not happen overnight, but the substantial philanthropic efforts this year help to shift Greek life back towards its intended purpose of philanthropy.

Greek Life is not the majority of the student population by any means, however, it is taking a step in the right direction by making one of its largest party events have a philanthropic purpose. Because many people were wearing shirts with the organization that they belonged to plastered on it, it was easy to see how many people came together for this event. Round Up will continue to promote a dangerous alcohol and drug culture, however, Greek Life can give itself a purpose through making more of their events philanthropy focused and inclusive.