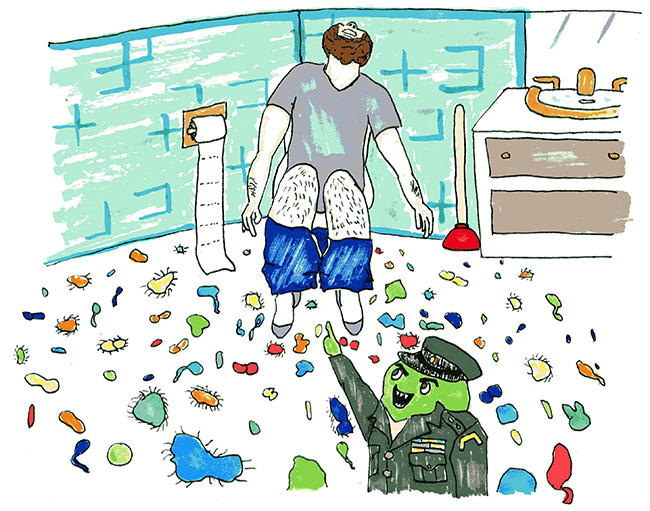 When students move to Austin from rural areas, they probably expect to meet more people. UT researchers have recently shown that they should also expect to encounter more microbes.

UT associate professor Atila Novoselac and his colleagues examined microbes living on the walls and floors of different homes, according to a recent study published in the journal Science Advances. They found buildings in urban environments held a larger community of human-associated microbes than homes in rural environments.

“We know that microbes along an urbanization gradient change … and also the microbes present in the body are clearly different between urban and rural people,” said Jean Ruiz-Calderon, a graduate student from the University of Puerto Rico in Rio Piedras.

These homes ranged from huts in a small hunter-gatherer communities in Peru to high-rise apartments in Manaus, Brazil, which has a population of 1.8 million people.

Novoselac said there are many architectural differences from houses based in cities to those in the rainforest. Many of the rural homes are open to the outside, and as they become more urbanized, the homes become more and more enclosed.

The team discovered a larger amount of human-associated bacteria in houses in more developed areas.

“In the rural location, the house is completely homogenous,” Ruiz-Calderon said. “The walls have the same types of microbes and are mostly from the external environment. Microbes in the walls of urban locations can tell what use is given to a particular space.”

They also noticed the bacteria in certain rooms of the urbanized homes reflected their origin. Microbes in the walls of kitchens, bedrooms and living rooms of urban environments contain bacteria that come from foods and human skin.

The researchers found the same microbes on the walls of bathrooms that they usually find in the human mouth and gut, such as Streptococcus. Samples collected from the jungle living spaces contained more microbes indigenous to soils and the external environment, said Ruiz-Calderon.

Novoselac said poorly ventilated buildings facilitate the spread of pathogens. If engineers and architects know how the design of a building interacts with microbes, they can improve the building to enhance human health.

“Those bacteria that are present or absent are causing us to become more ill,” Ruiz-Calderon said. “That’s why it’s important for us to know what bacteria are there.”