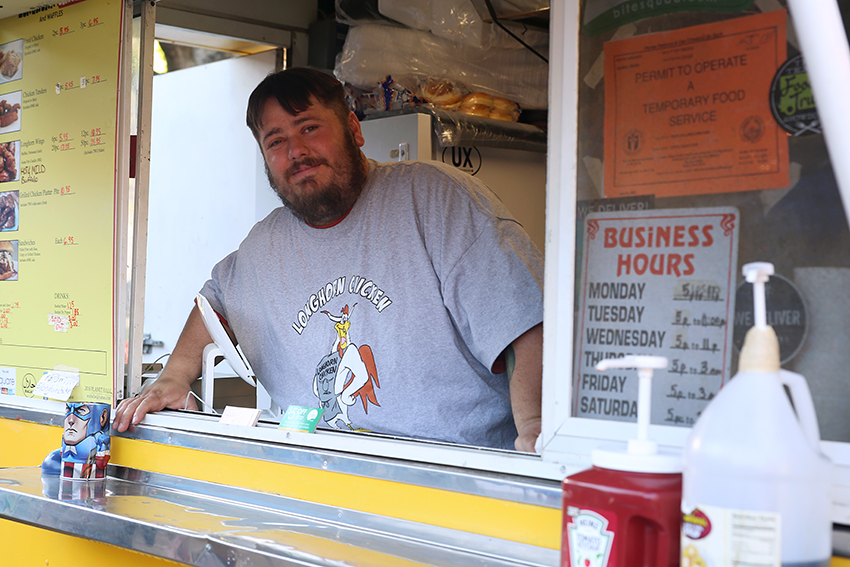 With all the foreign and specialty food truck options offered in West Campus, sometimes simplicity is key. Longhorn Chicken brings a professional take on a classic college meal.

Opened at the beginning of the semester, Longhorn Chicken now occupies the Rancho Rio food truck that formerly housed Clunkers.

Chef Eddie Windwillow brings a lifetime of culinary experience to Longhorn Chicken’s homestyle menu. Windwillow spent the last 15 years working as a chef, many of which he spent as an executive chef at various fine dining establishments and corporate kitchens, including the famous Karl Strauss Brewing Company in San Diego.

With a father who was a Grand Diplôme at Le Cordon Bleu in Paris, Windwillow said he had a culinary career in his blood.

“I remember being 21 without any sense of direction, and I didn’t have any money for my parents’ anniversary that year,” Windwillow said. “I decided to make a dinner for them, and my dad told me it was really good and I should look into pursuing cooking as a career.”

After finding success as a chef in Maryland, Massachusetts and California, Windwillow decided to come to Austin, what he calls the “food truck mecca” of the United States, to serve up his professional take on simple classics.

“What I do really well is cook home-style food better than home,” Windwillow said. “I’m trying to bring that to the public with Longhorn Chicken, using a chef’s point of view of fried chicken.”

While fried chicken is not a groundbreaking food, especially in the South, Longhorn Chicken’s preparation makes it unlike any other chicken joint in the area. All of the chicken offered is halal, making it permissible to eat according to Islamic law. Windwillow said all of the chickens go from a good living situation to a facility where it is butchered cleanly and blessed, making it a much cleaner and fresher product.

“I want everybody to try my food, and if you’re Muslim and all you can eat is what is traditionally prepared according to halal, you can finally try something here that is outside that realm,” Windwillow said. “That alone to me is cool.”

The halal approach yields a distinguishable product. Their fried chicken, with a cornmeal dredge, is plenty juicy and flavorful without the overpowering saltiness that often accompanies fried chicken. Using vegetable oil instead of lard on the fried chicken allows the spices in the dredge to provide the main flavor on its own without the help of heavy salt and grease.

The fried chicken is a successful deviation from its traditional preparation, but the true standout menu item is the spicy chicken tenders. The only spicy chicken tenders offered in the area, they are breaded with the same cornmeal breading, giving them somewhat of a Cajun texture. Every order of chicken tenders comes with a made-from-scratch waffle, which, with the syrup, provides a surprisingly perfect balance of sweet and spicy.

The other standout from the menu is the Asian firecracker chicken wings. The hoisin and sweet chili-centered sauce provides a savory kick unparalleled by anything at Pluckers.

The sides — paprika-seasoned crinkle cut fries, coleslaw and mashed potatoes — although well-executed, are not quite enough to avoid being overshadowed by the chicken entrées and complementary waffles.

Longhorn Chicken uses simplicity to its advantage, offering a small selection of menu items and perfecting the flavors of each. While chicken may not sound like the most exciting food truck focus, Windwillow defies the odds and finds a way to put a successful spin on a Southern classic.