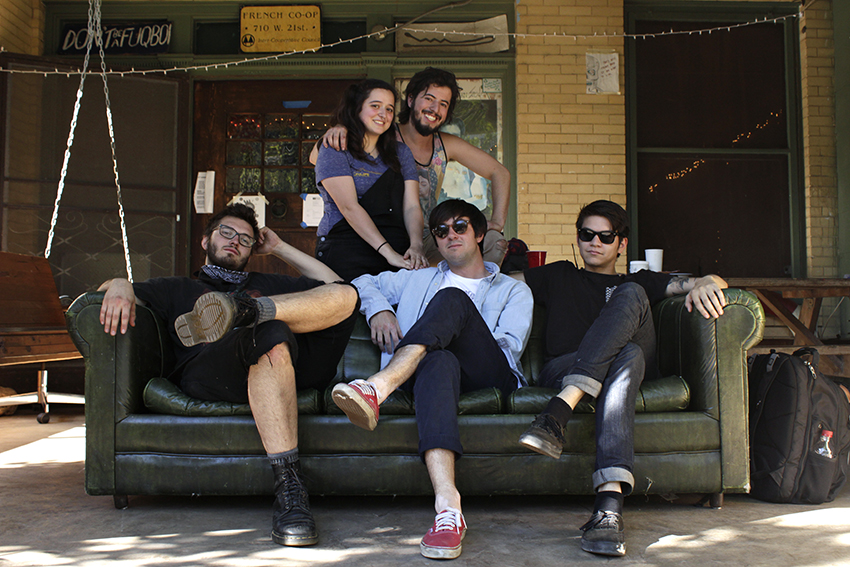 More than a thousand students line the streets of West Campus, with art vendors, vintage shops and live music, surrounding them in every direction. It’s a scaled-down version of Austin City Limits Music Festival, right in UT’s backyard.

The West Campus Block Party, a student-run music festival, will be held Saturday, with music starting at 2:45 p.m. The festival showcases over 30 bands, including headliners The Rotten Mangos, Ruby Jane & The Reckless, Big Bill and Hola Beach. The performances take place across four stages at the 21st St. Co-Op, the Pearl St. Co-Op, the Eden House and the French House.

Plan II senior Jake Hiebert, the executive producer and founder of the festival, decided to undertake the project last year after a previous festival, West by West Campus, was discontinued.

“[The scene for] throwing your own shows in West Campus is definitely very alive,” Hiebert said. “Even if I didn’t pick it up, somebody would have, but I think I can do it best. I wanted to make it the best it could be.”

UT alumnus Waldo Wittenmyer, who ran West By West Campus, said he was happy to see Hiebert take on the project and promote the West Campus music scene. Wittenmyer said his own music appreciation was fostered in West Campus when he was a student, before much of the area’s development. At the time, most of the residents lived in houses, much like the co-ops, and live music was played on every corner.

Hiebert said it’s important for the festival to showcase local talent. The festival hosts several student bands, which are often not given the same opportunities as more well-known acts. West Campus Block Party maintains its professionalism so bands can enter the green room, talk with headliners and be exposed to a large audience — all things they may have never experienced before.

Julio Correa, a computer science junior, and his band Microphonic will be playing the festival. Microphonic typically plays shows in co-ops or house parties in West Campus and said that the festival is a great opportunity for local bands to get recognition.

“I’m all for West Campus and co-op culture,” Correa said. “There’s a really cool scene that’s been cultivated there. West Campus Block Party is a good manifestation of that culture.”

Hiebert said he was inspired to start the festival because of his own experience as a musician in Austin. Once he got to UT, his first college show was at West by West Campus in 2014. He said the show came at a time when the band’s publicity was struggling, and the festival helped them develop future shows. In June, Hiebert’s current band, Toma, will play at Stubb’s BBQ with BØRNS.

“For me, [West by West Campus] was mysterious and cool — I thought, ‘I definitely want to go to that one day.’” Hiebert said. “So being able to play, it felt professional. It felt really cool to be respected [when] we were a nobody band.”