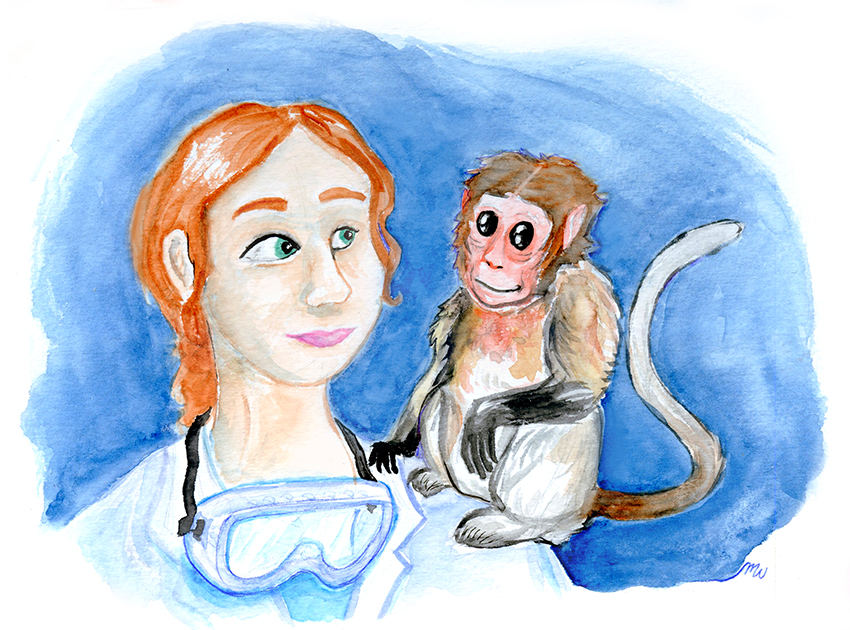 A student has started a petition to relocate macaque monkeys at the UT Animal Resource Center. If they are not relocated, scientists will euthanize these primates.

Just about a half-mile from campus, researchers do neurological research on macaque monkeys. Once the research is complete, scientists struggle with the question of where these monkeys should go.

Currently, the resource center and psychology sophomore Emily Wissel are collaborating to find suitable housing for the monkeys after they have undergone experimentation.

“We have worked for years to place [the monkeys] in retirement facilities,” said Gary Susswein, executive director of media relations for UT. “As recently as last fall, we placed a primate in a home. Whenever there is a primate who is eligible for that, we work closely with veterinarians and a research scientist to find a place that would be appropriate to place them in.”

To relocate the animals, the researchers must find and fund a new home, which the research center is struggling to budget for.

“They are interested in relocating, but the financial burden may keep them from being able to relocate these animals,” Wissel said.

Wissel has already garnered over 120,000 signatures on her petition, which launched more than two months ago, to stop the euthanasia of these monkeys.

Because her petition has gained so much support, Wissel and the resource center are now focused on raising the funds to move the monkeys.

The Homes for Animal Heroes program could adopt the monkeys, and the price would be around $500,000. If every petitioner who already signed donated $5, the research center would have the resources to relocate the monkeys, according to Wissel.

Scientists conduct neurological research on the macaques and then euthanize a percentage of them during or after the investigation. Susswein declined to comment on the number of monkeys that undergo euthanasia. Wissel’s aim is to find a new home for the surviving monkeys.

“These monkeys, the reason that they’re available for relocation is because they’re doing an ‘in vivo’ study, which means they’re only interested in things that happen to the monkey while it’s alive,” Wissel said.

Wissel said she wants to make sure that audiences understand that the petition is designed to change the way the monkeys are handled after the research, not end the research completely.

“I’m a researcher myself, so I definitely don’t want to handicap anyone’s research that is happening at the University,” Wissel said.

A lot of our current knowledge about science comes from working on primates, according to Susswein.

“Every development in biomedicine and neuroscience throughout the history of modern medicine has involved some sort of animal research,” he said. “It really is essential to us in order to be able to understand the human brain and to develop cures for diseases.”

Honors biology senior Anna Marie Pratas said she believes that UT should look into housing options for the animals.

“I would love to see more overall transparency when it comes to animal research at the University,” Pratas said “Specifically, regarding the search for shelters, I think that whenever possible, the UT research community should see it as their responsibility to provide research animals with the best possible life during and after experimentation.”

Wissel said she hopes to bring a definite change to where the animals spend their lives after their time at the resource center.

“I value all life equally — life is something that’s to be respected,” Wissel said.