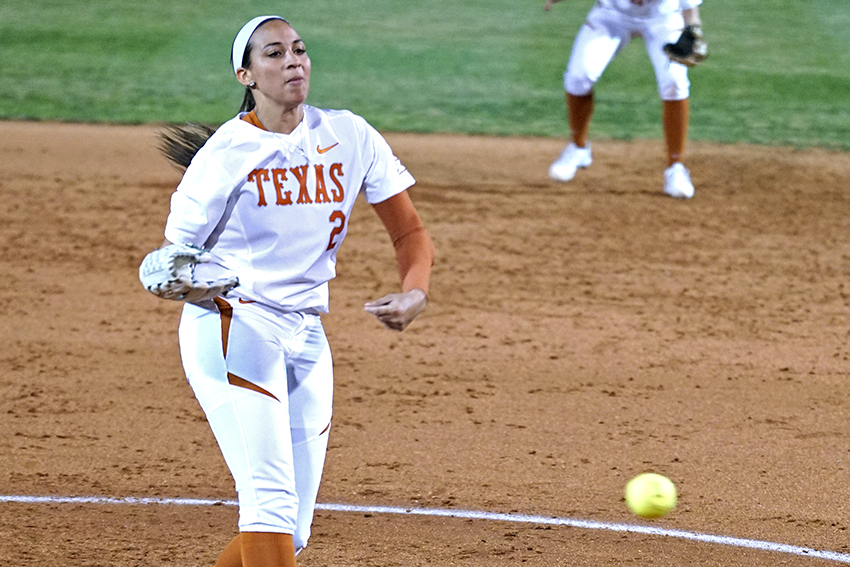 The Red River Rivalry once again commences this weekend, but no, we’re not talking about the annual football showdown in Dallas.

Texas softball makes the 372-mile trek across the state border to face Oklahoma in what recently become a one-sided affair. The Sooners have won 12 out of the last 16 meetings between the two teams, including five series in a row.

But if this Longhorn team has its eyes set on getting past the regional round, taking the series in Norman for the first time since 2006 is a must.

Make no mistake, the Longhorns are having another solid year. With the series win over Texas Tech this weekend, Texas improved its overall record to 27–10 and got out of the cellar of the Big 12. And success in the nonconference portion of the schedule has set the team up to be good enough to make the NCAA tournament for a 12th-straight year.

But that’s what this team has been since it made the Women’s College World Series in 2013 — good enough, but not great. The Longhorns have always been a really good team, but breaking through the barrier between good and great has been a challenge.

This team has a chance to do that. Junior pitcher Tiarra Davis has put the team on her back as the ace of the pitching staff. She leads the conference with a 1.63 ERA and is third with 130 strikeouts. And the hitting has shown its upside with senior centerfielder Lindsey Stephens leading the team with a .407 batting average and 29 RBIs and newcomers Celina Felix and Reagan Hathaway each with over 20 RBIs this season.

But now it’s about putting it all together. If Texas is going to become a great team, it needs fewer games like Friday night, when struggles at the plate doomed a solid pitching effort, and more games like Sunday, when the offense broke out for eight runs while Davis held Texas Tech to just one earned run.

Of course, this weekend won’t make or break Texas’ chances of getting into the postseason. The Longhorns played a strong nonconference schedule and should win the rest of their conference games to get into the tournament.