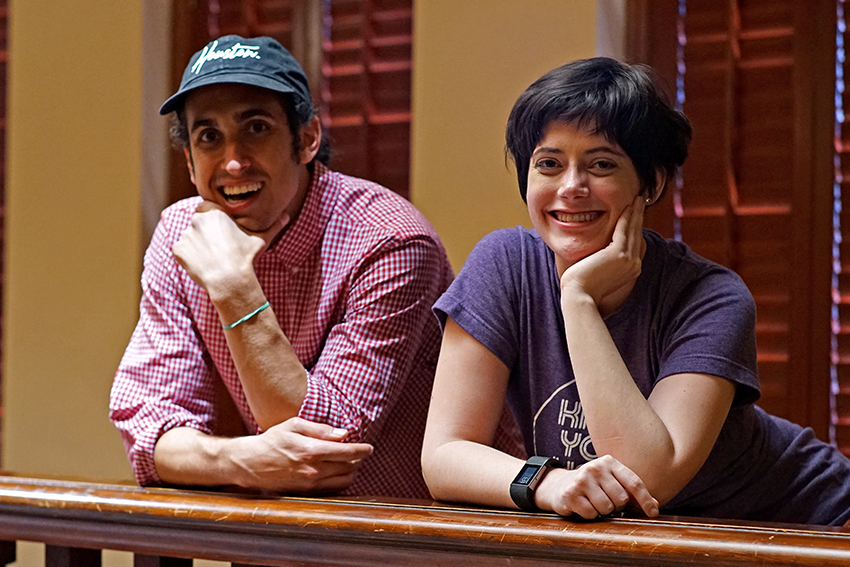 The young entrepreneur behind Snorkel ATX and the Netflix and Chill condoms is back — this time with a political agenda.

Both cereal boxes were custom-designed by Okasheh and psychology senior Scottie Geiger. Geiger said getting involved with Okasheh’s latest project was a no-brainer.

“I’ve gotten so used to people having these grand ideas, and they either fall through or never get off the ground,” Geiger said. “Yousef is one of those special people who not only gets you hyped about something, but also follows through with it. That’s always been very inspiring to me, so getting involved with one of his projects was an easy decision.”

Geiger said their goal for this project was not to be politically neutral, but to openly support Sanders in a fun-loving way.

It is no mistake that “Who’s Hungry?” only offers cereals for two presidential candidates. Okasheh said he intentionally decided to exclude the others.

“People keep asking me why I didn’t include a Hillary Clinton or Ted Cruz cereal, and it’s honestly because I don’t want to acknowledge them as candidates,” Okasheh said. “I don’t think Trump should be acknowledged as a candidate either, but everyone loves to hate him, so why not make some money off him?”

Twenty-five percent of the cereal box profits will be donated to Sanders’ campaign, but because Okasheh said he does not want to isolate potential customers, there is an option on the online order form to opt out of the donation.

Yousef said the idea to sell novelty cereal boxes came from complications associated with his latest app. When Yousef and his friends developed and launched “Who’s Hungry?,” he said it had too many bugs to function properly, forcing them to take it down.

“It was too expensive for us to rebuild the back end of our app to get it fully functioning again, and it was upsetting to me that the product we had worked so hard on was just going to be sitting there unused,” Okasheh said.

While the main goal for selling the presidential cereal boxes is to raise money to finish the “Who’s Hungry?” app in the next five months, for Okasheh, it all comes second to simply starting a commotion.

“I mostly enjoy doing shit like this because it creates a buzz,” Okasheh said. “That is just so much fun for me, personally.”