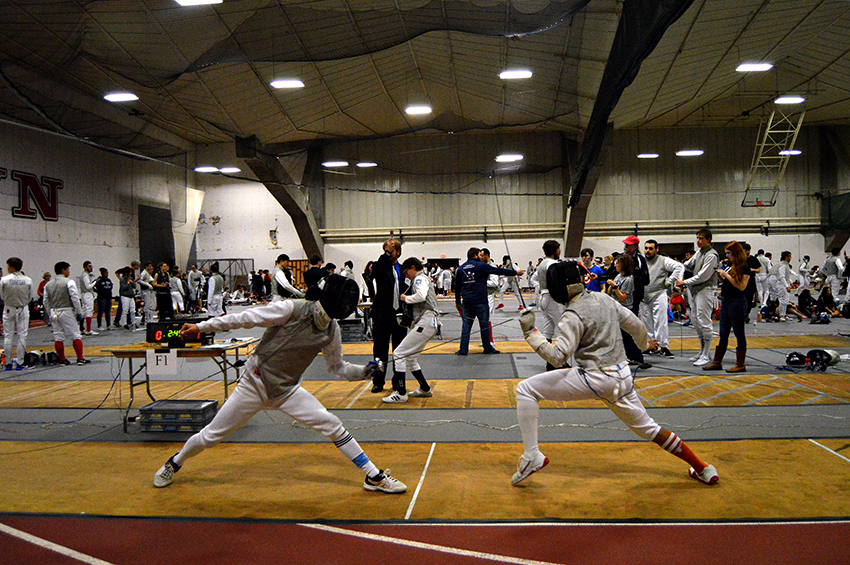 The team placed in both team and individual events, with winners including Loktao Shing, a Plan II and civil engineering senior, in first place for men’s foil and biochemistry senior Julia Chernis in second place for women’s epee. The women’s epee and men’s foil teams also won first place in their respective team events.

“This is our third year in a row competing at the national level after a long hiatus,” said Chernis, who also serves as the vice president of UT Fencing Club. “I am extremely proud of the achievements of my teammates, for many of whom this was their first year in the sport.”

Christopher Chen, president of UT Fencing Club and electrical engineering junior, said he has enjoyed watching the club consistently grow and improve over the years.

“Out of the 40 colleges that attend the USACFC National Championships, we have gone from 12th my freshman year to 10th last year, and finally to seventh this year, so we are now breaching the elite echelon of collegiate fencing clubs,” Chen said. “We also have had an outpouring of interest from the student body, with our beginner night newbie attendance growing from a handful to over a hundred in the last three years.”

The club’s other victories this year include winning first place at the Southwest Intercollegiate Fencing Association tournament last year.

The fencing club meets every Tuesday and Thursday in BEL 302 at 7:30 p.m. to practice. Practice consists of warm-up games and stretching followed by footwork and blade work drills. In the last part of practice, members free fence or receive lessons from the coaches.

Chernis encourages students to join even if they’ve never fenced before.

“We run large beginner weeks at the beginning of the semester so no prior experience is required, and about 80 percent of our most talented fencers started in college,” Chernis said.

Alexandria Procell, a journalism freshman who joined the club this year, said she was initially scared about joining, but is glad she did.

“I honestly loved the people, the atmosphere, and overall it was just something new,” Procell said. “I’ve made so many friends and memories that I wouldn’t have if I hadn’t joined the club.”