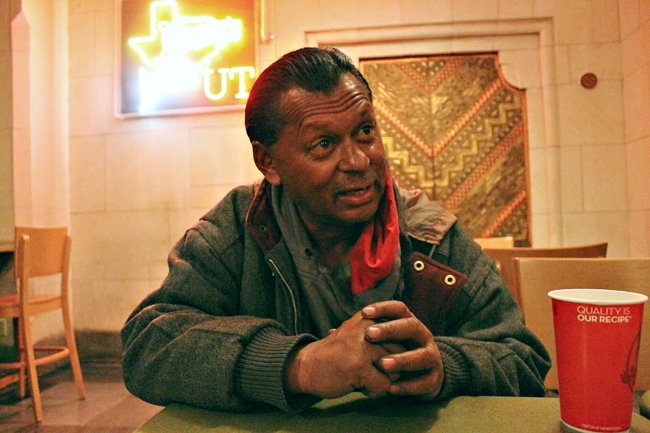 A former employee of Wendy’s in the Union affectionately known as “Junior the Wendy’s Guy” died on Monday at the age of 61.

Ishmael Mohammed Jr., or Junior, worked at Wendy’s in the Union for over 13 years — from 1998 until 2012. Junior became famous among UT students for his cheerful energy and his speedy service. Junior broke the world record for most sales at a fast food restaurant in 2005, making 246 sales for Wendy’s in 30 minutes.

“They said they found him unconscious at a bus stop [in Austin],” Guerin said. “When he was taken to the ER, they performed surgery, but he never regained consciousness. We took him off of life support Sunday morning, and he passed away on Monday morning.”

Guerin said she is not sure what happened but said there was evidence Junior had prior brain damage.

“I know he had been mugged before and that he has had stitches before,” Guerin said. “There have been altercations with people on the street, so they think it was probably a fall, but no one really knows because no one was there.”

After leaving the Wendy’s in the Union in 2012, Junior went home to New York. In 2014, UT alumnus Benjamin McPhaul saw him asking for money outside the Cactus Cafe. McPhaul created a GoFundMe page and successfully raised more than $30,000 to help place Junior in short-term housing.

McPhaul said Junior’s personality was the reason his GoFundMe page was a success.

“If he was having a bad day, you couldn’t tell,” McPhaul said. “He really had an infectious personality that left a mark on a lot of people.”

Guerin said the money McPhaul raised ran out in February 2016, and she set up a GoFundMe page to raise funds to provide a funeral for Junior.

“At the time I had started the page, I was hoping to gain money before so we could have done a proper Muslim ritual and burial because that was his religion,” Guerin said. “Now it’s just kind of doing what we can so we don’t have to sign the body over.”

Guerin said she was not in contact with her father much during her childhood because of family issues but said her father was intelligent and generous.

“People who met him never really knew his history, but I think it’s important for people to know where he came from,” Guerin said. “He used to own convenience stores in New York when I was little. He was always willing to help anybody out. He was extremely successful, a great businessman, and very, very smart.”

Megan McMillin, Union director of alumni relations and development, said she remembered Junior as a kind person with a happy personality.

“He definitely was very energetic and just a bright presence and face,” McMillin said. “He always greeted everyone that came — even if they weren’t ordering from Wendy’s.”

UT alumnus Ilya Kuperman said Junior had become a legend among his generation of students.

“When I first came to UT, I already heard of him, and people had told me stories of Junior during orientation,” Kuperman said. “He had a level of energy that you could feel when you walked past.”