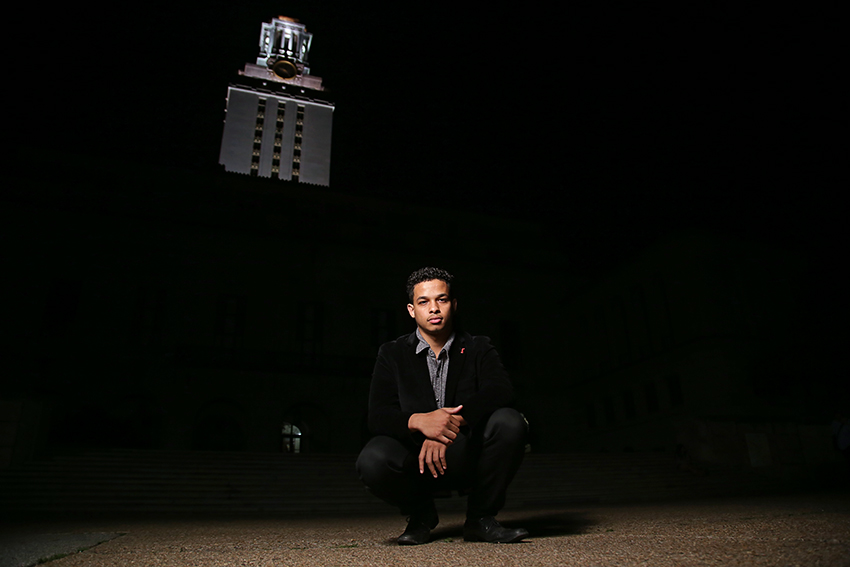 The University wants to re-examine and change its policies on releasing student information about the punishment of students who have committed criminal acts, President Gregory Fenves said Thursday.

Until now, University policy has conflicted with a provision in federal law known as FERPA that pertains to the release of and access to educational records. Fenves asked lawyers to review the law and he now plans to change University policy. According to Fenves, seeing Cody Young’s story in the Daily Texan prompted him to re-evaluate disciplinary processes.

“I want to thank you for the service that you provided in the reports,” Fenves said. “That’s when I started asking the question, ‘Why can’t we get this important information out to our students and the community?’”

Public interest on the case increased after Young, a mathematics senior, called the police on Feb. 20 around 7:30 p.m. after three white men, one of whom was never identified, threw glass bottles and yelled “fuck you, n—–” at him in West Campus, according to an Austin Police Department arrest affidavit. Four days later, Young submitted a complaint to the Dean of Students Office, which handles administrative disciplinary processes.

Young was required to sign a University nondisclosure agreement on March 31 to know what disciplinary action was taken against the former UT student, Tucker Sauer, who assaulted him. However, two weeks later, Fenves said in a campus-wide email that Sauer was suspended until 2017.

“They made me sign a nondisclosure agreement and that legal action can be taken against me [if I said the result of the case], and without any notice they decided to send an email out,” Young said. “I wasn’t told they were going to release this, and I was sitting with this secret in my mind.”

Fenves said he did not know the reasoning behind the nondisclosure agreement, but would look into the protocol. Soncia Reagins-Lilly, dean of students and interim vice president for student affairs, said the office is constantly reviewing its regulations, and new policies will give the office more flexibility and transparency.

“As University policies are modified, we are going to share information as appropriate,” Lilly said. “It certainly provides us with flexibility.”

Mindy Montford, an attorney representing Sauer and former UT student Lucas Henderson in their criminal case and who served as an adviser during the disciplinary process, declined to comment on the University sanction.

Now that Young can speak openly about the suspension, he said he finds the suspension too lenient and feels upset by the resolution.

“The punishment is not proportional to the crime,” Young said. “This guy is going to get to come back and gets to graduate as a Longhorn with a diploma.”

Fenves, who took the helm in June 2015, said he is looking at changes that can reinforce the University’s values of openness and inclusion.

“I feel awful for what he has gone through, and because of that and because of your reporting, we have made some major changes on our policies on discipline around hateful acts of violence,” Fenves said. “We are going to enforce those strictly at the University of Texas.”

Young, reflecting back on the 40 days he spent waiting for the final resolution, said his voice wasn’t heard until he spoke out about the case.

“I started to get taken seriously when I went to media,” Young said.