Conspiracy Corner: Life As We Don’t Know It 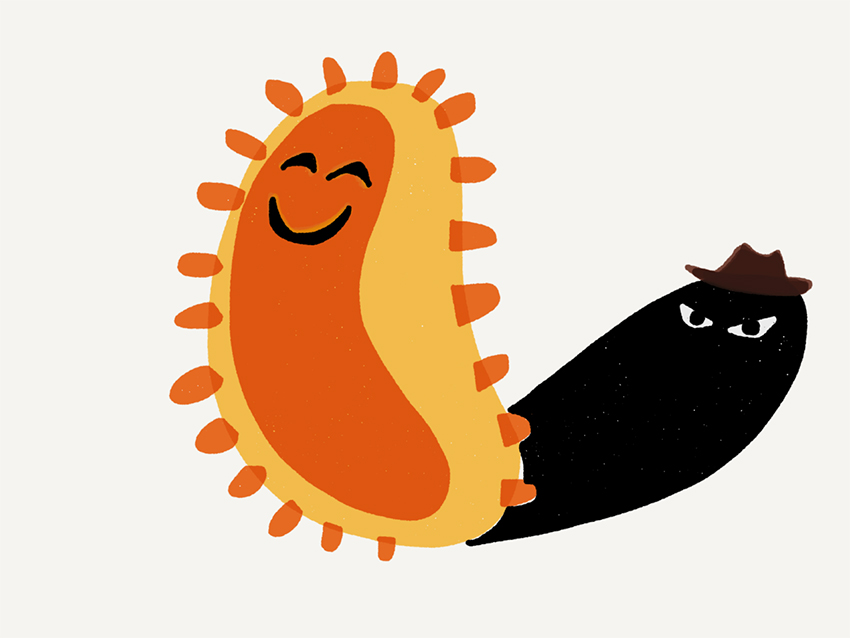 Imagine life on an alien planet. Imagine the shapes, the number of limbs, the cells and the biochemical and molecular processes that operate within their bodies.

Now imagine alien life on Earth. These organisms could have different forms of DNA, different amino acids they use to build proteins. These hypothetical organisms, which are built upon unfamiliar biology, make up Earth’s shadow biosphere.

If these alternative life forms looked like Earth’s plants and animals, we probably would have stumbled upon them. But if they exist as microorganisms that use fundamentally distinct molecular mechanisms, they might have escaped our notice.

It wouldn’t be the first time that science has neglected the diversity of microbial life; what we know about biology often comes from exploring Earth’s larger organisms. Brett J. Baker, assistant professor in UT’s marine sciences department, said there are a great number of microbes researchers can’t culture — the microbial dark matter.

The new tree of life, published in Nature Microbiology, included more than 1,000 genomes from microbial dark matter organisms. They had been hiding in places like Yellowstone Park’s hot springs or elephant mouths.

“What we understand about biology is based on a small portion of the tree of life,” Baker said. “If you look at the tree, the greatest amount of these organisms can’t be grown in the lab — we don’t know anything about them.”

For example, scientists found tiny genomes belonging to small microorganisms — smaller than science had predicted cells could be.

“They’re the size of viruses,” Baker said. “We don’t know how they are able to live.”

Scientists are having a hard time identifying microbial dark matter organisms, even when they contain DNA and other familiar molecules. If microorganisms had fundamentally different molecules, it’s possible — nay, probable! — that the hypothetical shadow biosphere remains hidden.

Scientists would know shadow biosphere organisms are alive if they’re self-replicating, able to evolve, and not at equilibrium with their environment, according to David W. Hoffman, associate professor in UT’s molecular biosciences department. And to get through this checklist, an organism would need a source of energy.

“Everyone’s got to have an energy source, or we quickly return to equilibrium with our environment and decompose,” Hoffman said. “Life is basically a chemical reaction that replicates itself and evolves, and you need energy to do that.”

Life as we know it uses DNA to store information and pass it on to new generations. The four building blocks of DNA — adenine, thymine, guanine, and cytosine — form two exclusive base pairs. But Hoffman said it’s not too hard to imagine a different self-replicating structure that uses more than the usual four building blocks.

Scientists are using environmental genomics — which involves extracting DNA from the environment and sequencing it  — to shed light on microbial dark matter. But this method wouldn’t be able to illuminate the shadow biosphere, even if it existed.

“If someone were to tell me that this shadow biosphere — that a significantly different form of life — actually existed, and asked me to guess where they found it and how they found it, I would guess it’d be someplace where there’s a lot of chemical energy and also someplace that we’re not very familiar with,” Hoffman said.

“We have samples from those things, but they’re just not very well-explored,” Hoffman said.

Hoffman said people who are intentionally looking for the shadow biosphere are unlikely to find it. If its molecular structures are unknown, it’s difficult to know how to look for it.

“If it exists, it would be discovered by finding some sort of chemical that shouldn’t be there because it should have degraded,” Hoffman said. “Someone would think, ‘That’s weird; this chemical should not be in this rock — where did this come from?’ and realize it was part of a replicating chemical reaction.”