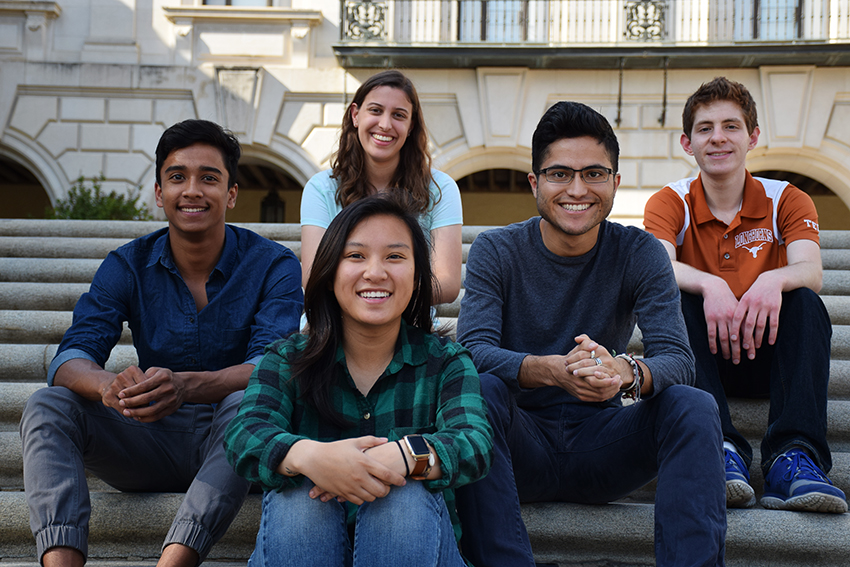 The campaign is led by Humans of the Forty Acres, an organization that has extended the concept of Humans of New York to the UT campus.

The project was inspired by co-founder Jordan Cope’s experience with people in his own life affected by mental illness. The campaign chose humor as its fundraising platform because it grabs students’ attention, Cope said. Although the project’s aim is to raise money, Cope said everyone working on the campaign hopes to reduce the stigma associated with mental illness in the process.

“People who need to go to the Mental Health Center should be able to do so without feeling different from the rest of their community,” Cope, an international relations and global studies junior, said. “If we can even help one person feel more encouraged to use the resources at the Mental Health Center, then our campaign has been successful.”

The video, which now has over 10,000 views on Facebook, is of a prank in which eight models held an impromptu fashion show on the crosswalk in front of the Co-Op. The models, all student volunteers, struck poses in the street as bystanders looked on. Engineering junior John Jennings, who surprised the crowd with his break-dancing, said the prank was improved by the fact that it was filmed on the day of Explore UT.

“The kids were great,” Jennings said. “They’d whip out their phones and take videos, so that was a lot of fun.”

A second video is currently in the works and will be published on April 22. The videos are filmed and edited by the Humans of the Forty Acres photographers and then posted to their Facebook page. When students share the videos on social media, they also spread the link to a fundraising page where anyone can donate.

The release date of the first video was selected to coincide with CMHC’s first annual Mental Health Promotion Week. Biology freshman Reshma Jadhav said she appreciates the attention given to mental health on campus lately.

“I think it’s really important for all students to know that there is a mental health facility on campus, because that support is really valuable,” Jadhav said. “This fundraiser is a good idea because the facility needs funds to have a big impact.”