Q&A: The Onion co-founder tells students ‘the story behind the funny story’ 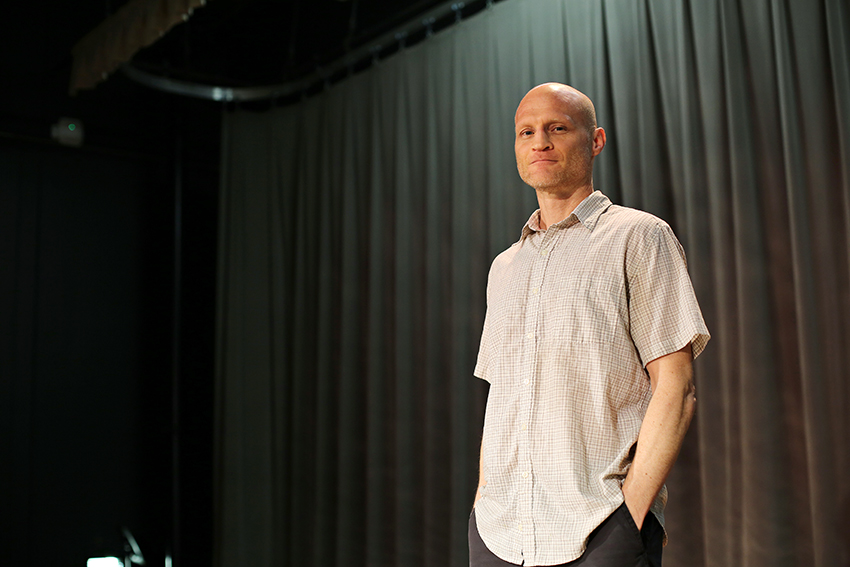 Scott Dikkers may have grown up in a serious household, but that upbringing went out the window when he became the co-founder of the satirical newspaper, The Onion. On Wednesday, Dikkers, now a writer and podcaster, spoke to UT students about The Onion’s long journey during a talk called “The Funny Story Behind The Funny Story.”

The Daily Texan: How did The Onion start?
Scott Dikkers: We found out that the cheapest paper that you can print is newspaper print, so it became a newspaper. [That] was a new thing — no one had ever done a humor newspaper. We hoped The Onion would be mentioned in the same breath as The Harvard Lampoon, a college humor publication. We never imagined it would be as well-known as it is today.

DT: What was your most popular article?
SD:  “Black Man Given Nation’s Worst Job.” It was when Barack Obama was elected.

DT: How many angry letters have you received from people who don’t know it’s a humor publication?
SD: Too many to count. We used to save them, collect them and post some of the best ones to read for our own entertainment. We never respond to them. People used to sue a lot back in the day, but now that The Onion is well known it doesn’t happen much often. However, one of the people who still calls The Onion is Donald Trump. He doesn’t like being made fun of. His lawyer calls whenever there’s a story about him.

DT: What’s “the funny story behind the funny story”?
SD: Over the years, when I would tell people what it took to get to those stories or the adventures we had a long the way, some of the horrible pitfalls, the times when it almost crumbled, when I almost lost my mind — [that’s] where the humor is.

DT: Why name it The Onion and not maybe The Sweet Potato?
SD: The Onion is a great name for a newspaper, because you peel back the layers to get to the facts. It’s surprising that no one had ever named a newspaper The Onion before. It’s such a great name.

DT: Do you have any other projects that you are working on at the moment?
SD: I just finished “Trump’s America: The Complete Loser’s Guide,” and now I’m finishing the audio book for that. When I left The Onion in 2014, I developed a partnership with this training program called ”Writing with The Onion,” where we teach people the fundamentals of humor writing for prose. I run that program. I also started a podcast called “The Comedy Insider Podcast” where I interview people in the comedy business about their process for people interested in getting into comedy. I also wrote a book called “How to Write Funny” about the first step toward being a great comedy writer. It’s the first in a series of books that I’m going to write about that.

DT: What is your advice for new writers?
SD: Follow these principles: One, live your mission. Two, invest your time, not money. Three, be prepared to scrap everything. Four, trust your people. I stress on this one a lot: Five, don’t work hard and don’t work smart, work right.