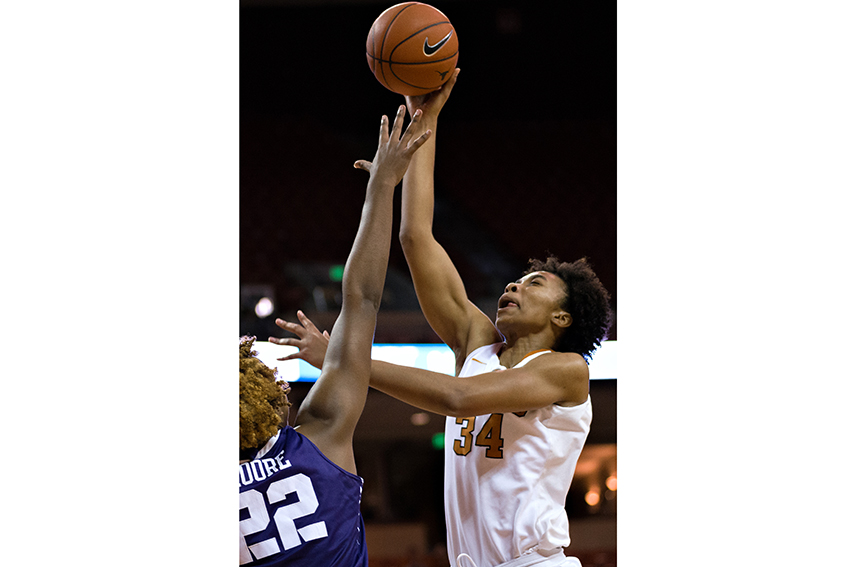 Hours before the 2016 WNBA Draft began, senior center Imani Boyette had an array of emotions — a mix of anxiousness, nervousness and excitement.

Though the WNBA wasn’t always a thought for the 6-foot 7-inch Los Angeles native, it still didn’t stop her from envisioning how it’d feel to be selected in the WNBA Draft.

When WNBA president Lisa Borders announced Boyette as the 10th overall pick to the Chicago Sky, everything Boyette imagined became a reality.

She didn’t freak out.

She hugged head coach Karen Aston first, followed by her mother, former WNBA player Pam McGee, and then her father. And then she “ascended” to the stage, without tripping.

She even managed to hold it together for a brief interview with ESPN’s Holly Rowe.

“I’m really, really excited to go to Chicago,” Boyette said. “I think it’s a great fit for me and the way I play.”

Chicago Sky head coach Pokey Chatman felt the same. In need of a true center, Chatman was thrilled that Boyette was still available when it was Chicago’s pick.

“Everyone talks about her height, her length, her ability to affect the side of the basketball we struggle with the most,” Chatman said in an interview with the Chicago Tribune. “I think offensively we’ll see her come into her own as the days turn to weeks to months to years.”

As a player whose field goal percentage has increased from 48.3 percent to 56.1 percent since her freshman year, Boyette isn’t new to gradual offensive improvement. But she expects her ability to affect shots will be the one skill that most easily translates to the next level.

In the meantime, Boyette will return to Austin and work on her game while preparing to “ascend” the stage at graduation.

“I’ve come a long way and I’m just really excited to get home, get back to work and get ready for training camp,” Boyette said.