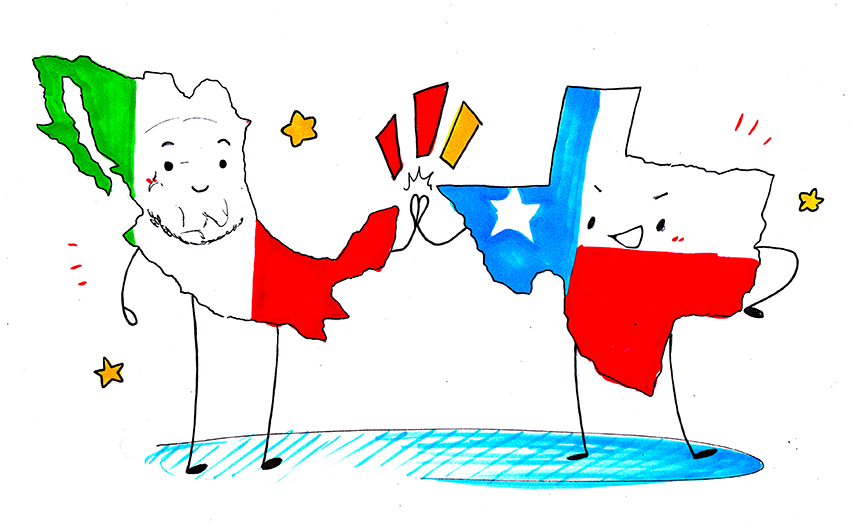 Mexico and Texas share more than a border. They have a trading partnership that is essential to reigniting economic growth within the United States While certain Republican politicians advocate excluding Mexico’s participation in the U.S. economy, doing so would only stagnate businesses and threaten 463,132 jobs that rely on trade with Mexico.

According to the Mexican Consul, Carlos González Gutiérrez, there exists a mutual acknowledgment of Texas-Mexico trade in the political and fiscal spectrum because they rely on each other.

“Texas is Mexico’s most important partner in the United States,” Gutiérrez commented in The Texas Tribune. “We trade annually about $200 billion, which is twice the amount of [trade between] the U.K. and the U.S. It’s three times what Mexico trades with California, and our prosperity depends on Texas and Texas’ prosperity depends on Mexico.”

Greg Abbott’s visit to Mexico last September demonstrates the complexity of this situation in his attempt to mend cordial relations. While Abbott’s voters expected this trip to defend his strict immigration stance, its central focus was on business relations between Texas and Mexico.

In consideration of Texas’ long-term economic strength, the great victory of this trip was agreeing that Mexico open its oil and natural gas supply to the Texas private sector. Over the next ten years, coordination between the Texan and Mexican industries, especially energy, will contribute a projected 21.3 percent growth rate by 2022.

No other state could replicate this economic success with Mexico due to their geographical limitations. C.J. Alvarez, assistant professor in the department of Mexican-American Studies, explains how Texas’ unique, 1,254 mile-long border is unprecedented in other U.S. states.

“Think about U.S. and China trade, we trade more with China but all that trade is done across the ocean in ships,” Alvarez said. “All the trade between Mexico and the U.S. goes overland, sometimes it’s by rail, pipelines and usually in trucks. So one way to get at the difference between Texas, Arizona and California is to point out the physical infrastructure. The transportation infrastructure of Texas is simply bigger.”

It’s inevitable that Texas and Mexico became trading partners due to their location and closely related history. Any attempt to wall off this mutually beneficial partnership is irresponsible, if not disrespectful to the advancement of Texas’ economy and culture.

Citizens must recognize the growing Texas-Mexico border economy as a market of opportunity rather than a drain on resources. It’s not politicians or businessmen that hinder economic growth, but rather a set of predisposed prejudices held by citizens. We are all beneficiaries of this trade and should work in unison with Mexico to expand opportunity within both of our borders.