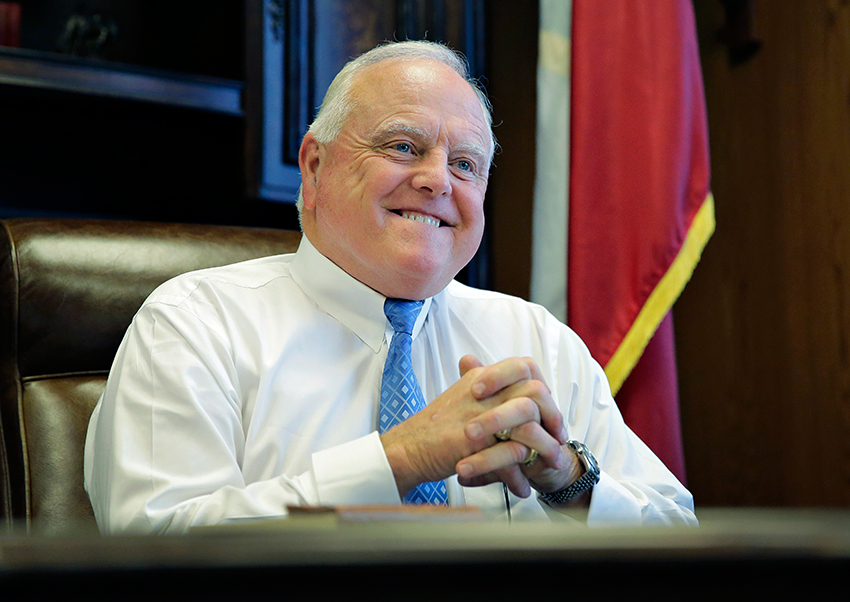 This has been a bad week for Agriculture Commissioner Sid Miller. The Texas Rangers are investigating him for misusing state funds by reappropriating them for personal purposes. Those include going to Oklahoma in search of a form of quackery known as the “Jesus shot,” which is hailed as a panacea for chronic pain, and going to Mississippi to participate in a rodeo competition.

After refusing to be blamed for the scandal, Miller’s communications director, Lucy Nashed, resigned from her position and blasted the agency for lacking discernible communication skills. Governor Greg Abbott has even voiced support for the investigation.

This type of naughty behavior from Texas’s top public officials of high esteem is not a new problem. Attorney General Ken Paxton faced a new round of federal charges pertaining to his alleged securities fraud this week. But in Miller’s case, it is hard to see it as anything other than inevitable.

Miller served for six terms in the state house, where he was — by all accounts — a lousy legislator. Texas Monthly regularly denigrated him in their biennial rankings. His biggest accomplishment before being thrown out of office by his constituents was authoring the law mandating sonograms before abortions. It is largely because of the ensuing fame from right-wing organizations that he won the Republican primary for agriculture commissioner in 2014, over far more qualified opponents.

His entire campaign was nothing short of a joke. Ted Nugent, the draft-dodging musician accused of child molestation, was his treasurer. Miller spent most of the campaign bragging about his endorsements from a diverse selection of organizations — anti-abortion groups, pro-gun groups, etc. — that had little in common besides not having anything to do with agriculture.

But Miller had some other, more reasonable supporters. They included the editorial boards of the Houston Chronicle and The Dallas Morning News, among most others in the state.

“Miller understands the issues and the Agriculture Department. He has practical ideas,” the News said of him at the time. They also highlighted the fact that he no longer calls the Civil War the “war of northern aggression” anymore. I guess it could be worse, right?

“Miller told the Chronicle that he would make water his priority,” Houston’s paper wrote around the same time. Judging by their singing endorsement of him, they believed him. But Miller lied. His priorities were lifting the state’s ban on deep fryers in public school cafeterias, and judging from the trip, promoting himself — not water.

It is true that the Democrats shot themselves in the foot more than usual that race. As I opined two years ago, the primary runoff included Kinky Friedman, a musician with a colorful past, and Jim Hogan, who refused to campaign. Hogan was the nominee.

Anyone paying attention could tell that Miller would be a bad statewide official long ago. But an inability to support an absentee Democrat — or, like I did in that race, the Green Party — over a malevolent Republican prompted most boardrooms and editorial boards to support a totally unqualified individual.

Thankfully, not everyone fell into the trap of — at least in part — being responsible for Miller embarrassing Texas. A few newspapers refused to endorse him. This was one of them. Hopefully the rest of the state won’t make the same mistake next time.

Horwitz is a government senior from Houston. He is a senior columnist. Follow him on Twitter @NmHorwitz.