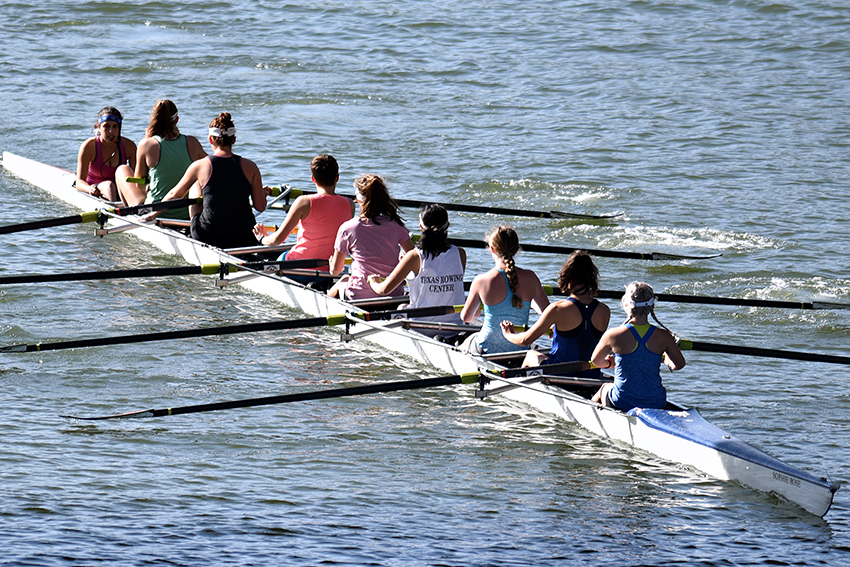 No. 8 Texas rowing ended the Clemson Invitational with a strong performance, finishing first in all five of their races on the second day of the regatta.

Their showing was an improvement from Saturday’s races, where the Longhorns competed against No. 3 Virginia, No. 4 Ohio State and No. 10 Michigan — finishing in the top three in each race.

Head coach Dave O’Neill said he was happy with the performance of his rowers and the results of the second day, particularly given the difficulty of going up against top teams.

“We saw some tough competition and raced pretty well,” O’Neill said. “I’m proud of the efforts everyone on the team gave, and it was good to see everyone stay focused throughout the weekend. Winning the five races today was terrific.”

In the first varsity four race, Texas effortlessly beat Clemson with a time of 7:33.1, beating the Tigers by a nine second margin.

The Longhorns finished the day by posting a 6:41.5 time in the third varsity eight race. They beat No. 20 Louisville by six seconds and No. 14 Washington State by 10 seconds.

Though O’Neill was happy with the showing in the invitational, he said Texas’ races against teams like Virginia and Ohio State revealed some problems the Longhorns had.

“While the weekend as a whole was a success, it’s clear we have to take some big steps forward in order to contend with the top programs,” O’Neill said.

Texas will next host Virginia in Austin in a head-to-head matchup on April 30 in its last regatta of the regular season.