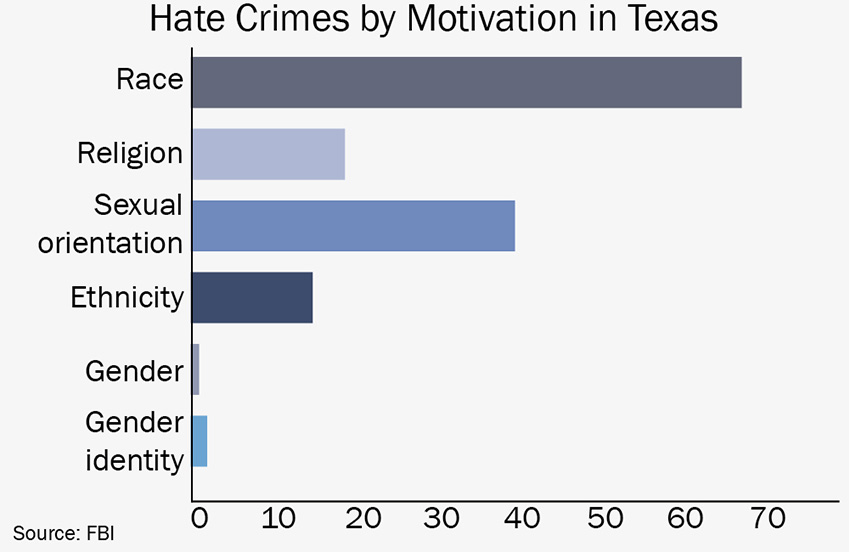 Equality Texas and the Austin Police Department announced a joint campaign last week to fight discrimination against LGBT individuals following a rise in targeted hate crimes in major cities in the last year.

Last Thursday, officials from APD, Equality Texas, an organization fighting for LGBT rights, and the Texas Council on Family Violence held a press conference to discuss recent hate crimes and discrimination cases as well as actions the organizations are taking.

“The vitriol, sexism, racism, anti-gay and anti-Muslim rhetoric in Texas and in America is fueling an atmosphere of hate in Texas and across the country that is causing innocent Texans to be beaten and almost killed,” Equality Texas CEO Chuck Smith said. “This rhetoric is unacceptable and has real consequences for real Texans who are victims of hate crimes.”

The campaign, launched during National Crime Victims’ Rights Week, follows a string of around 20 alleged hate crimes dating back to last fall in the Dallas neighborhood of Oak Lawn, which is home to much of the city’s gay nightlife and bars. The statistics for Austin and other cities will be released later this month.

Austin resident Michael Dominguez, one of the Oak Lawn hate crime victims, recounted the aftermath of his October attack at a press conference in Austin last week. Dominguez said he was stabbed and beaten after leaving a popular bar in Dallas.

“I was swollen, throbbing [in] pain over every single inch of my face and my head, and I remember struggling to make sense [of] a senseless act of violence,” Dominguez said. “I remember fighting to keep back tears because every single time I would cry, every drop that fell would burn the stitches the doctors had placed on my face.”

On Thursday, Austin Police Chief Art Acevedo said the department is instilling new policies related to the instruction of police officers and reaching out to LGBT individuals, including how officers handle domestic violence calls and hate crime cases.

“We are creating new policies to educate and bring awareness to the sensitivity of how criminal cases involving the LGBT community are handled,” Acevedo said. “We are extremely proud to stand with our LGBT brothers and sisters to make Austin safer for us all.”

According to 2014 hate crimes statistics from the FBI, there were 42 cases of settled hate crimes motivated by the victim’s sexual orientation or gender identity in Texas, far lower than the 209 in California and 114 in New York. Despite the state’s relatively low number of cases, there has been a rise in cases in major cities with large populations of LGBT individuals throughout the state.

On Jan. 22, 43-year-old Monica Loera, a transgender woman, was murdered in Austin, becoming the first transgender person to be murdered in 2016 around the country. Following her death, LGBT organizations criticized APD for releasing a statement on the investigation using masculine pronouns to describe Loera instead of her preferred name and pronouns.

The Queer Student Alliance has worked with APD in the past to help educate UT students on LGBT issues, Meza said.

“APD has always been a great ally to the LGBT community,” Meza said. “They’re always willing to help, especially when it’s important, and that’s good because the LGBT community does not experience crime the way other communities do.”