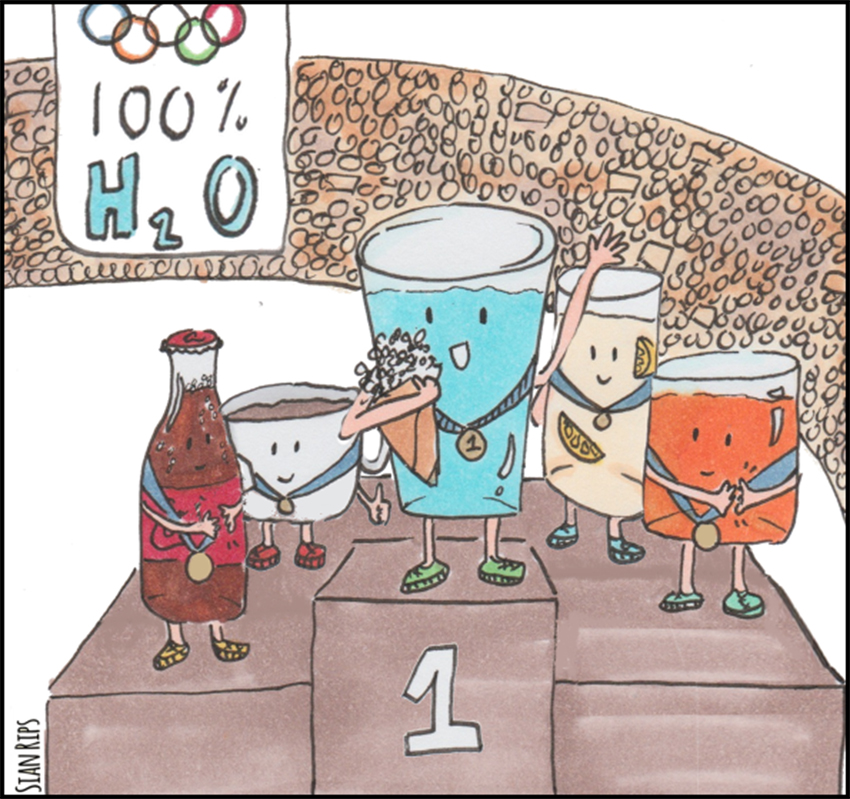 I hate the way water tastes, but I want to stay hydrated. Can orange juice be a substitute for water?

Water should always be your first choice, but under certain circumstances, it’s all right to reach for the next best option.

All beverages you consume count toward your daily fluid requirement. It’s important to drink enough liquids, but some beverages are healthier than others.

Sugar-sweetened beverages are not the next best option. Soft drink consumption has increased by 40 gallons per person per year from 1950 to 2000 — this is the equivalent of each person daily consuming one 16-ounce soft drink, according to an article in Advances in Nutrition.

Americans pay a high price for those 16 ounces. Sugar-sweetened beverages such as sodas, sports drinks and fruit juices currently add up to 10 percent of Americans’ daily calories, according to the International Journal of Obesity. Regular intake of sugar-sweetened beverages causes weight gain and contributes to obesity and Type 2 diabetes, according to a study published in Obesity Reviews.

Caffeinated drinks aren’t as much of a drain as you may have heard. Although it may have a mild diuretic effect and cause you to urinate, a cup of unsweetened java or tea does count toward hydration needs, according to PloS One and the European Journal of Clinical Nutrition. When consumed in moderate amounts, coffee and tea do not produce dehydrating effects, but may actually benefit the heart and improve cognitive function. However, be careful about calling triple chocolate, extra whip mochas with caramel drizzle “coffee” — these fancy drinks are loaded with sugar and extra calories.

Although they may seem fit and fun with bold flavors and fluorescent colors, sports drinks can be filled with calories and added sugar. The electrolytes, such as sodium and potassium, in these drinks help replace what you’ve lost through sweat. If you are exercising for less than an hour, you typically aren’t sweating enough to need to replenish, so sports drinks aren’t necessary, according to the American College of Sports Medicine. You may not feel as sporty, but for a casual workout, plain water is fine.

Just because fruit juice has the word “fruit” in it does not mean that it is the healthiest option either. Choose whole fruits over juice. Juices exclude fiber, an important type of carbohydrate that keeps you feeling full and regulates your digestive system. Many juices also have added sugar which means added calories.

Knowing what to drink is only half the battle. You also have to drink enough. The world is made up of mostly water, but so is your body — 45 to 75 percent of your being is H2O. Your muscles are up to 70 to 75 percent water, according to the American College of Sports Medicine’s Health Fit Journal.

When you sweat, breathe and excrete waste, your body is losing fluids that need to be replaced. Even mild dehydration can impair cognitive function — don’t study or take an exam without a water bottle nearby. A 1 to 2 percent body water loss — 1 1/2 to three pounds of water for a 150-pound person — can cause concentration problems, short-term memory issues and even moodiness or anxiety, according to the American College of Sports Medicine’s Health Fit Journal.

The amount of water that you should consume per day varies based on age, weight and activity levels. The adage to drink eight glasses of water every day has little scientific backing, according to the Harvard School of Public Health, but it can definitely serve as a standard to guide your fluid intake.

The Institute of Medicine recommends that women consume about 91 ounces, and men, 125 ounces of water daily. Keep in mind that a regular-sized water bottle is around 17 ounces. Get to drinking — that’s about 5 to 7 bottles of water per day. You can also consume some fluids through foods, such as fruits and vegetables. The Harvard School of Public Health estimates that 20 percent of daily fluids is provided by solid foods.

I can lead you to water, but I can’t make you drink. Water is the best beverage, and now you know some of the health effects of tasty alternatives. In the end, dehydration can evaporate your physical and mental performance, so stay thirsty, my friends.