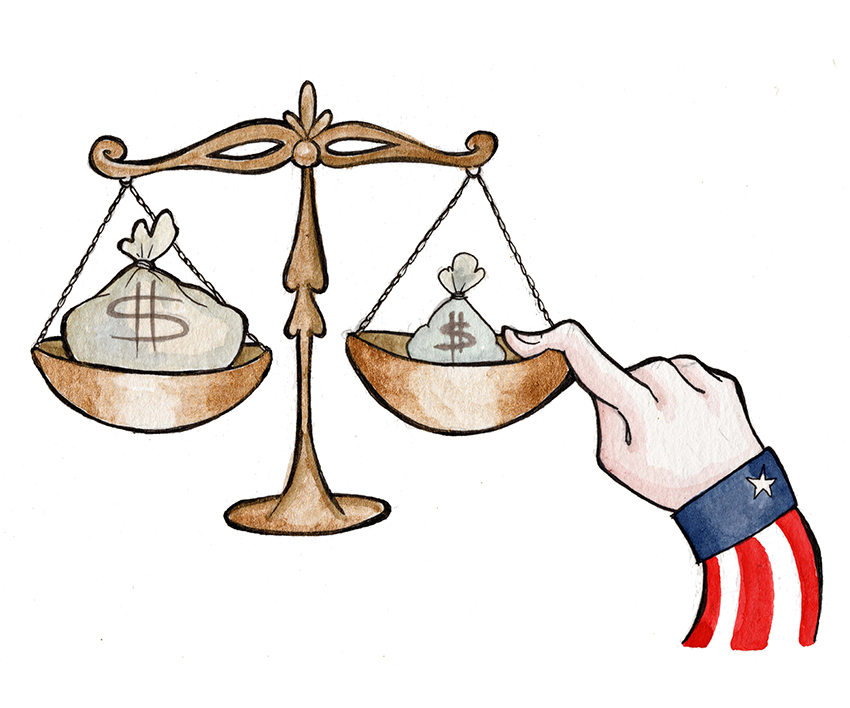 Editor's Note: This column appears in a point-counterpoint regarding whether pulling music from streaming services is a beneficial practice. To find its counterpoint, click here.

The average starting salary for graduates with a bachelor degree in education is $34,900, according to The Wall Street Journal. A criminal justice degree will get you $35,000 to start, while graphic design students start out at $35,700.

Someone flipping burgers for 50 hours a week for $15 an hour will make $39,000 annually before taxes.

In the last week, protesters in Austin have sought to alter the U.S. wage structure by seeking a $15 minimum wage.

But there needs to be a wage structure that exists to encourage people to work their way up; without one, capitalism would fail the U.S. economy. More than doubling the federal minimum wage is a change that goes too far, too fast.

It’s basic economics. If employee salaries have to go up, the employer either has to employ fewer workers or raise the price of their goods and services to offset costs. So, sure, some employees would go from making $7.25 an hour (the federal minimum rate that Texas abides by) to $15 an hour — but some would go from making $7.25 an hour to $0 an hour, such as the 500 employees at UC Berkeley who were fired, in part, because of a $15 minimum wage.

As numerous politicians have noted, minimum wage isn’t meant to serve as a lifelong salary. Although this sentiment has been repeated to the point of triteness, minimum wage is meant to be a starting point — in 2014 nearly 50 percent of minimum wage workers were between 16 and 24, and from this they were able to work hard and receive a raise.

More than 80 percent of small businesses in the United States do the right thing: use minimum wage as a starting point. But this salary point doesn’t last forever, as a starting wage turns into a raise, rewarding effective, hard-working employees and motivating them to continue working hard. Raises should be earned, rather than giving inflated starting wages.

Having an inflated $15 per hour starting wage doesn’t make sense generally, but it especially doesn’t vibe with varying costs of living across the country. The real value of $15 has vastly different worth of purchasing power depending on location; for instance, spending $15.51 in Texas will buy you only $12.74 worth of goods in DC. In Mississippi it will get you $17.28 worth of goods. Putting everyone at the same starting point across the board means different things for people in different places. Ultimately, minimum wage should be left up to the states and cities.

It is a universal truth that all Americans want to be compensated fairly for the work they are doing, but the federal government doesn’t need to get involved to ensure people get paid more. If businesses continue to compensate workers in the ways they can afford to, and if workers treat minimum wage as the starting point it is designed to be, there is no need to radically alter a system that works for the vast majority of American businesses.