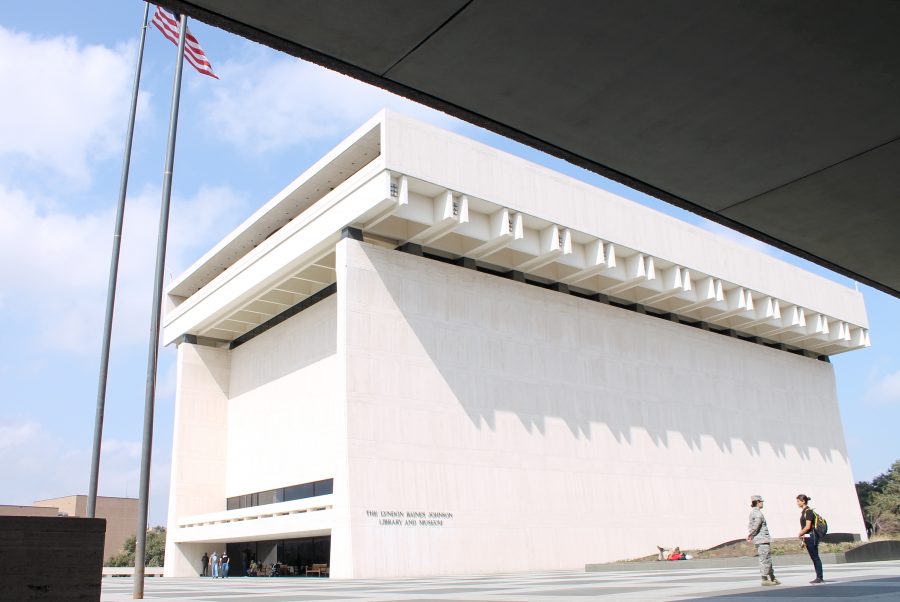 The LBJ School of Public Affairs will debut a multi-year initiative to highlight current civil rights issues called "50/50." The initiative will be presented as a series of 50 events to commemorate the 50 years that have passed since the legislative action of President Lyndon B. Johnson.  " />

The LBJ School of Public Affairs will debut a multi-year initiative to highlight current civil rights issues called "50/50." The initiative will be presented as a series of 50 events to commemorate the 50 years that have passed since the legislative action of President Lyndon B. Johnson.

From April 26 to 28, the Lyndon B. Johnson Presidential Library at UT will host the Vietnam War Summit. The event will feature many distinguished speakers such as Secretary of State and Vietnam War veteran John Kerry, award-winning documentarian Ken Burns and several Pulitzer Prize-winning journalists. But the name drawing the most attention is former Secretary of State Henry Kissinger, a historically colossal figure who stands right at the heart of any discussion about America’s role in Vietnam.

Kissinger is the embodiment of divisiveness. For his efforts in organizing a cease-fire in Vietnam, he was awarded the Nobel Peace Prize in 1973. The decision was controversial, as Kissinger also organized bombings in Cambodia. Two members of the Nobel selection committee resigned in protest. North Vietnamese leader Le Duc Tho, co-recipient of the prize, refused to accept his portion because he did not want to share it with Kissinger. While Kissinger is regarded by many as the most effective American statesman in the last half-century, others believe Kissinger should stand trial for what they say are war crimes committed in the Vietnam era.

Regardless of which side of history one believes Kissinger belongs on, he is undeniably of historical and academic significance. His effects on foreign policy can still be felt today. As such, his presence on a panel concerning Vietnam at our University is an honor.

That is why the tone of the protests against Kissinger’s upcoming campus visit is so disappointing. The International Socialist Organization claims Kissinger should not be allowed to speak on campus and is planning to picket his speech. The public Facebook event page states the diplomat “has no place on a [university], much less speaking at an event addressing the indefensibly imperialist US invasion of Vietnam.”

This is not the first time Kissinger has faced controversy at UT. In 1984, 50 protesters were arrested when Kissinger spoke with Robert McNamara. In 2000, a Kissinger appearance on campus was canceled for fear of violence.

Plenty has been written about students protesting commencement speeches by many prominent public figures they disagree with, often leading to those events being canceled. While the implications of such tactics on free speech are debatable, to picket Kissinger and explicitly wish for him not to attend a conference about a historical event in which he played a major role is unacceptable because Kissinger’s attendance is purely academic in nature.

It is not just an attack on free speech that is occurring ­— it is an affront to the spirit of academia. I do not wish to dispute that Kissinger made decisions of poor moral judgment. The bombings of Cambodia and Laos are horrific historical events that are objects of national shame. However, if we wish to avoid such tragedies in the future, then we owe it to ourselves to learn from our past mistakes. As an institution of learning, this is part of the mission of the University of Texas.

When the LBJ Library was dedicated at UT in 1971, Lyndon Johnson reflected on the openness of the library, saying, “It’s all here, the story of our time — with the bark off. There is no record of a mistake, or an unpleasantness or a criticism that is not included in the files here.” The student body would be wise to continue with that spirit of openness in the coming weeks.

Stuart is a Plan II and business honors sophomore from Lubbock. Follow him on Twitter at @realreaganstu.