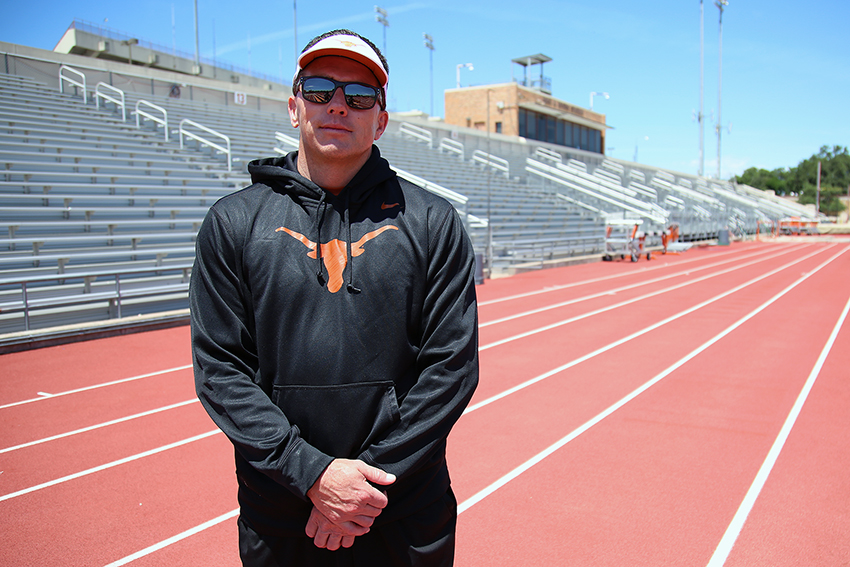 Mario Sategna looked on as the Texas Relays drew to a close on April 2 at Mike A. Myers Stadium in Austin. The Texas track and field coach shouted words of encouragement to his athletes while pacing the edge of the track.

The relays brought in more than 7,500 athletes from colleges and high schools across the country, including a few Olympic hopefuls. Sategna wanted to make sure they heard him.

Sategna is no Olympic hopeful, however he will help coach Team USA in Rio de Janeiro this summer.

“To be affiliated with the Olympic Games — that’s a pinnacle as an athlete and definitely as a coach to be a part of the United States of America,” Sategna said.

Sategna will primarily help coach the throwers for Team USA but will assist in other aspects of the team as well. His last international coaching experience came in the 2011 World Championships in South Korea, where the team won 25 medals, including 12 golds.

“He’s very passionate about what he does,” sophomore Ashtin Zamzow said. “He knows so much about it, and he’s had such good experience with other athletes in the past. He knows what to say and how to say it.”

It’s not Sategna’s first trip to the Olympics. He was the personal coach for former Longhorns Trey Hardee and Andre Manson at the 2008 Olympics in Beijing. He coached Hardee and Marquise Goodwin in the 2012 games in London.

This Olympic journey will be different, however. As a member of the Team USA staff, Sategna isn’t anyone’s personal coach and will work with more athletes.

“Our job is to serve them so that we can put their mind at ease, lower their stress level because this is a once in a lifetime opportunity for a lot of these athletes,” Sategna said. “You don’t want to leave any stone left unturned.”

Zamzow works closely with Sategna everyday as a heptathlon participant and said he’s a perfect fit with Team USA.

“He’s really motivated to get work done,” Zamzow said. “If he just brings that over to the Olympic games, I think he can work well with the throwers and bring a really enthusiastic motivational attitude.”

Sategna might not be alone in Rio. Zamzow, along with a few other UT athletes, are vying to qualify for the Olympic trials and earn on a spot on Team USA.

“That would be amazing,” Zamzow said. “He would really enjoy that, getting to have his own athletes there with him. That shows a lot about Texas and represents the University really well.”

Senior Morolake Akinosun is another UT athlete contending for a spot on Team USA to travel with Sategna.

“It would mean the world to me,” Akinosun said. “It’s something you dream about from the time you’re really little.”

The Longhorns will know who travels to Rio after the Olympic Trials from July 1–10. Until then, Sategna is focused on preparing for a big summer.

“I wouldn’t be in this position if I didn’t feel like I have people on my behalf saying ‘Hey, he’s going to roll up his sleeves and get to work every day,’” Sategna said.