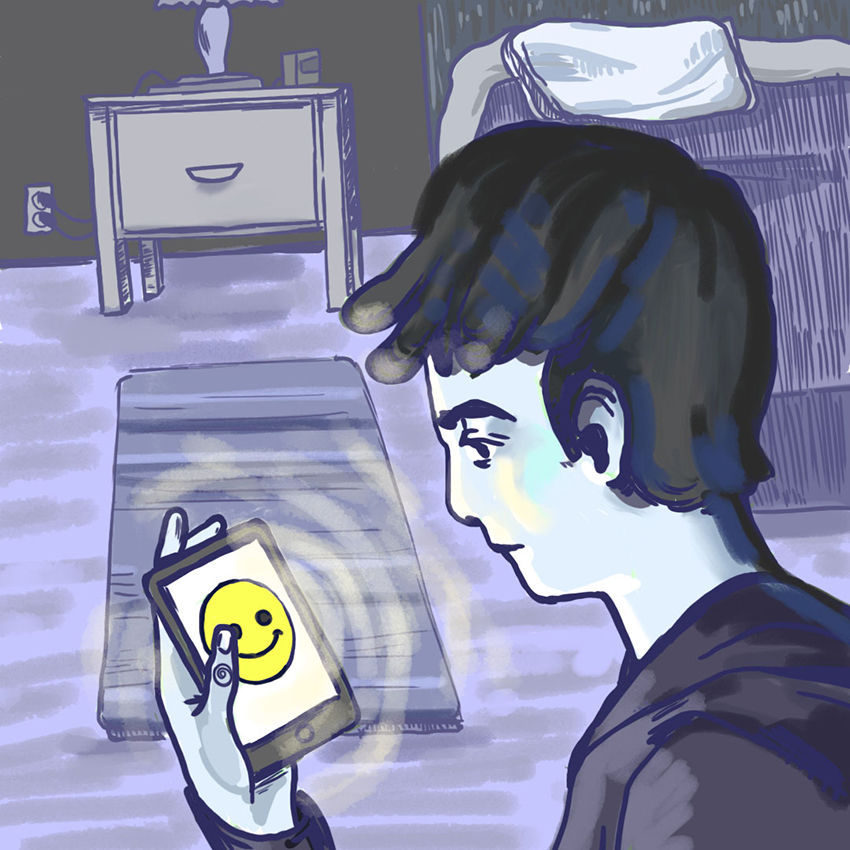 Researchers are recruiting volunteers for a study to see whether lasers can make depressed subjects more receptive to therapy.

For the new study, Christopher Beevers, director of the UT Institute of Mental Health, partnered with psychology professor Francisco Gonzalez-Lima. Researchers in the Gonzalez-Lima lab have found that shining a low-level light laser against a subject’s forehead increases energy levels in the brain.

The study is one of several conducted by Beevers, who is testing 18- to 45-year-olds to see if treatment with the lasers can boost receptiveness to an online depression program called Deprexis.

The laser uses an infrared light invisible to the naked eye, with a power level one-twentieth that of a 60 watt light bulb. The light activates an enzyme in the brain regions right behind the forehead, the prefrontal cortex, which is important for decision-making and higher brain function.

Gonzalez-Lima said that his lab has helped treat anxiety, cognitive decline and now depression in a way that is easier, safer and cheaper than traditional medications. Some researchers have even started classifying the method as its own field, called photomedicine.

“If you have a trauma you never really forget it, but modulating the prefrontal cortex allows you to cope with it,” Gonzalez-Lima said. “We’ve yet to see anyone who hasn’t improved.”

This enzyme, cytochrome oxidase, is present in the mitochondria of all cells in the body. By binding oxygen molecules together, it frees up energy that the cells can then use. Oxygen is essential to all cell function, but the brain uses 20 percent of the body’s oxygen and only makes up 2 percent of body weight, according to the National Academy of Sciences.

Barrett said that memories are malleable for a critical period after being accessed, and so by using the laser treatment for just eight minutes after undergoing therapy for a cognitive issue, subjects will see stronger improvements than peers who just completed traditional treatments.

“It’s not like people walk out of here like supermen,” Barrett said. “But it will be another tool in the arsenal of some combination of low level light therapy and drug therapy and cognitive behavioral therapy. If you approach from all these angles, it’s got a lot of potential.”

Beevers said that after seeing positive impacts in European subjects, he brought the program to the US for testing, where he’s using the light therapy and genomic testing in an attempt to predict whether it will improve online treatment will work on an individual basis.

“You can think of therapy as a controlled manipulation of the environment,” Beevers said. “What we’re trying to do is use basic discoveries to inform the development of new treatments.”

Beevers said that the laser therapy study is a proof of principle. If there are promising results after all the data is analyzed, he said he can then seek out funding for a more in-depth study.

Gonzalez-Lima said the most difficult part of setting up human research is reaching volunteers. If you are interested in participating in a laser study for depression, anxiety or memory loss, contact his lab at [email protected]

Enrique Vargas, a neuroscience and biochemistry sophomore, said working in the lab has helped him expand his research skills.

“Almost everything you do here is new — there’s no template you follow, that really allows us to be really creative in our decisions,” Vargas said. “Photomedicine can be applied to anything if you really put your mind to it.”