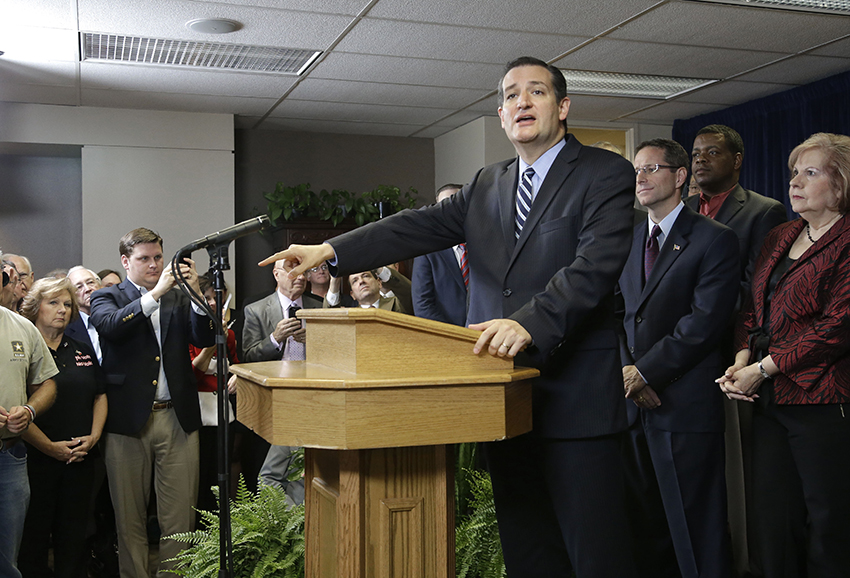 About two years ago, the City of Houston decided to join the twenty-first century and passed an ordinance that criminalized discrimination in employment and public accommodations against LGBT people.

Almost instantly, a talking point was conjured up to oppose the ordinance. The opponents claimed that non-discrimination protections for the transgendered would effectively allow “men in women’s restrooms.” When the ordinance in question, the Houston Equal Rights Ordinance (HERO), went directly before voters as a result of a successful petition drive, the opponents were even more duplicitous. They intimated that the ordinance would allow child predators to prey upon young girls, most infamously with perhaps the single most distasteful commercial in the history of American politics.

Let us ignore for one moment the fact that bathrooms were not part of HERO (I already addressed that point rather intently last year). If men and women sometimes had to share bathrooms, would it really lead to the end of life as we know it? Generation after generation of fear tactics say yes, but reality says no.

Bathrooms were also the main focal point behind North Carolina’s recent push to supersede all local non-discrimination ordinances. Donald Trump even said that Caitlyn Jenner, the celebrity trans woman and former Olympian, would be welcome to use whichever bathroom she felt most comfortable in at his properties.

Lying Ted Cruz was quick to fire back at his intra-party opponent, saying he joins Barack Obama and Hillary Clinton in opposition to what he called the “bathroom ordinance.”

“Donald, on television this morning, said, gosh, he thought that men should be able to go into the girls’ bathroom if they want to,” Texas’s pathologically-prevaricating senator said. “Now let me ask you, have we gone stark raving nuts? This is the political correctness.”

The truth is that there is absolutely no evidence that letting trans people use the facility they are most comfortable with will lead to increased assaults. In fact, the correlation very likely runs the other way. Trans women are the ones most likely to be assaulted, but by cisgendered men, in a men’s restroom.

But Cruz and the rest of the cupcake cadets are obviously not concerned with honesty in any way, shape or form. We have already established that. Bathrooms are just a familiar boogeyman that has historically been used to deny people — usually women — their fundamental rights.

In the 1970s, the proposed Equal Rights Amendment to the Constitution, which would have prohibited discrimination on account of sex, came within three states of being ratified. The 15 holdouts were overwhelmingly located in the Deep South, where Phyllis Schlafly and her ilk made up a rumor that prohibiting sexual discrimination would lead to unisex bathrooms.

Still earlier, in the 1950s, most counties in Texas refused to allow women on juries. Their excuse would be that the courthouses did not have women’s restrooms, it was too expensive to build them and it would be positively unacceptable to mix the sexes in facilities.

The targets of prejudice change, but the underlying fear tactics remain the same.

Horwitz is a government senior from Houston. He is a senior columnist. Follow him on Twitter @NmHorwitz.