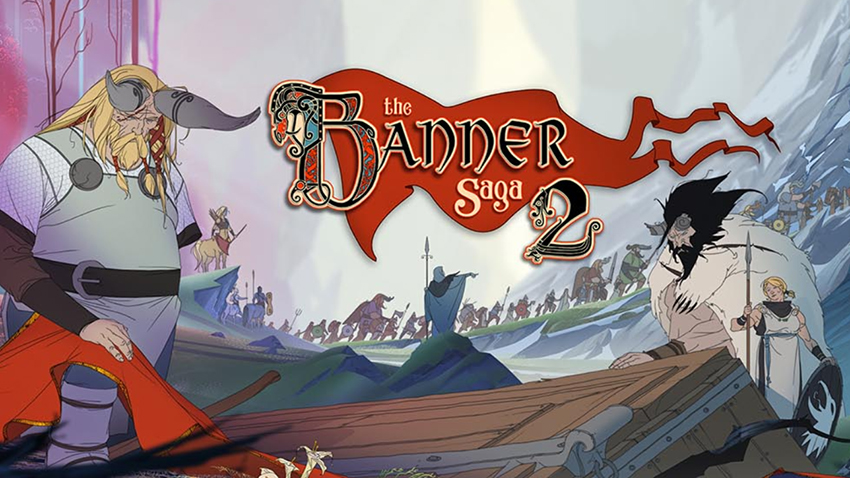 “The Banner Saga 2” is a strategy role-playing game that, while mechanically identical to its predecessor, merges inspired story telling with well-designed gameplay, making it a worthy sequel to its acclaimed precursor. Picking up mere moments after the tragic conclusion of the first game, the release tells a Nordic-inspired tale of a tribe of humans facing extinction from a demi-god race, the Dredge.

The game’s purpose is to serve as the bridge to the final piece of the trilogy — which stunts its ability to develop independently from the original. The game allows players to import a completed save file from “The Banner Saga,” integrating choices and character stats from the previous game into the sequel. Depending on decisions made in the original, the hero of the story will be either Rook or his daughter Alette. But for players willing to jump in without having played the original, the game does allow for a fresh slate.

Regardless of which hero the player chooses, the game’s tone shifts drastically. Rook’s story consists of his spiral into madness after the death of his loved ones, making interactions in the game disheartening and desolate. On the other hand, Aletta’s story shows her growing into a leader who can guide the tribe to overcome the looming threat. Both are monuments to well-crafted, emotional storytelling, but the character arc in Aletta’s path is far richer and more inspiring.

The Ravens are a second group that have their own story arc, focused around a warrior, Bolverk, who is on a quest to exploit the world for power and gold. His story effectively eclipses the main group’s narrative by painting Bolverk’s development in a highly humanizing way. The gameplay segments involving the Ravens focus on buffing Bolverk and using him to do all the fighting. This distinctive strategy forces the player to approach battle differently than in standard encounters.

While in the first game, the narrative drove the gameplay to focus on preparing for war, the sequel has characters fleeing as they deal with survival and maintaining decency is a decaying world. These narrative differences are reflected in gameplay centered around managing a caravan and enduring battles to stay alive, rather than preparing to repel hostile forces.

The less memorable gameplay segments revolve around managing the caravan, which usually involves making choices that affect small aspects or lead the player into a fight. Poor decisions may lead to starvation, low morale and deserting members, so actions are to be taken seriously but none will leave players nervous and indecisive.

Retaining the simplistic yet challenging combat of the original, “The Banner Saga 2” brings back the suburb strategy gameplay that made the original a surprise hit.  The game utilizes simple values which remove gimmicks that plague other strategy games. By removing the ability to meticulously abuse stats to develop overpowered characters, the gameplay focuses on well thought out strategy over cheap tricks. Players will find it necessary to have smart unit placements, use barricades and exploit abilities to gain the upper hand on one’s enemies.

“The Banner Saga 2” integrates an engaging story with thought provoking gameplay. Its tendency to adhere to the formula set up by the original holds it back from growing as a series, but it continues a well-rounded indie series without missing a step.