Tipping should be abolished 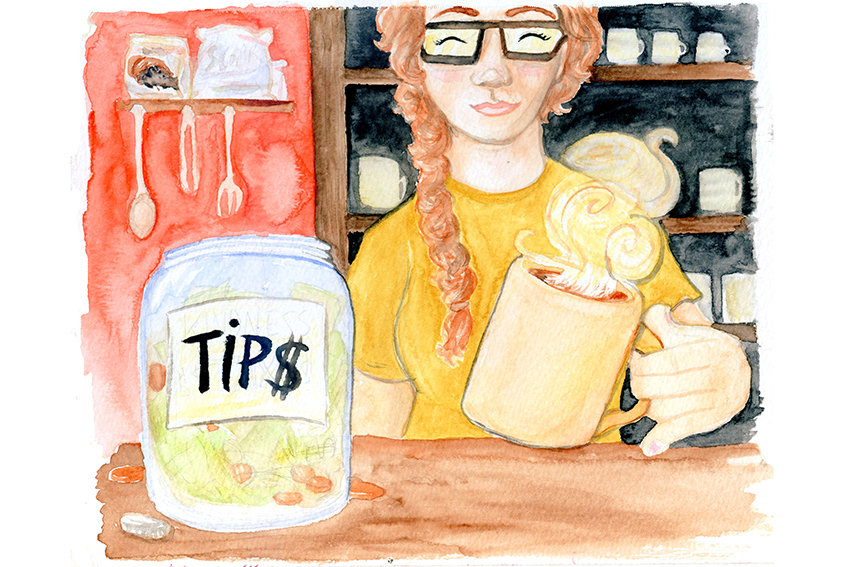 Americans give $40 billion — twice the budget of NASA — in tips to waiters, valets, barbers, caddies and many others every year. But this money spent in the name of quality service actually hurts business, employees and customers.

Ominously, the history of tipping in the United States starts with slavery. As the Civil War ended, wealthy Americans traveling Europe brought the practice of tipping home to avoid paying wages to the newly liberated slaves. The public viewed this as un-democratic and anti-American, and six states eventually passed (but later repealed) anti-tipping laws.

Ironically, the anti-tipping movement took root in Europe and Asia, where tipping is virtually nonexistent today. But in the United States, tipping became so ingrained that now our service professionals cannot survive without it.

Once the option to reward good service, tipping is now the obligation to maintain a server’s livelihood. Forty-two states pay tipped employees less than the federal minimum wage, expecting them to recoup the difference in tips. Of these, Texas and 19 other states only guarantee $2.13 an hour. Almost 15 percent of waitstaff live in poverty, compared to 7 percent for other jobs. Their lifeline is the fickle generosity of customers, who, ironically, determine an employee’s financial fate more than their employers — without oversight or regulation.

They way we tip doesn’t encourage quality service like we think it does. We tip a percentage of our total bill, regardless of the amount of actual work performed — the effort to open a $150 bottle of wine and a $30 bottle is the same, but the former will land a much bigger tip. In fact, Lynn found that only 4 percent of tip size is determined by the quality of service the customer received.

Tipping is also linked to crime. Countries with a higher prevalence of tipping also tend to have higher rates of corruption, according to a Harvard study, and the IRS states that 40 to 50 percent of tips to waiters go unreported as taxable income — $10 billion in lost tax revenue.

Recently, many restaurateurs have forbidden tipping in their establishments, and the results are intriguing. One no-tip restaurant in San Diego that implemented a flat 18 percent service charge reported its servers make more under the new system, and income is more fairly distributed to those not normally tipped but just as responsible for the customer’s experience, such as cooks.

A service charge incentivizes employees to provide quality service just like tipping does, but without the possibility of discrimination. Regulating the gratuity process also reduces the odds of employee tax evasion and ends the awkwardness and indecision many customers experience when tipping.

The transition to a tipless society will not be easy, but the livelihoods of the millions of people working tippable jobs in our country are at stake. Many establishments have tried and failed to eliminate tips — but due to poor execution, not a flaw in the concept. Many establishments also suffered temporarily when they banned smoking, too.

After dedicating decades of his life to studying tipping, Lynn was clear — “I would outlaw it.”