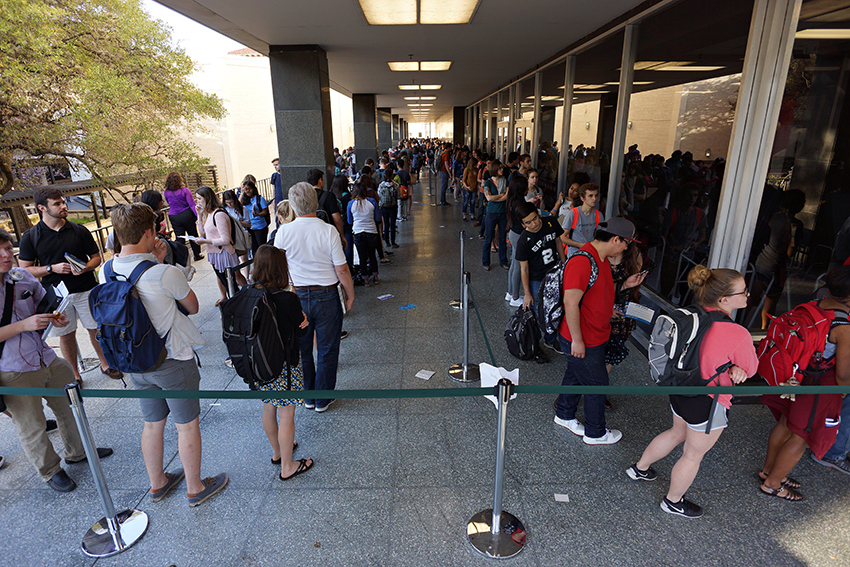 The youth, ages 18­–24, makes up 5 percent of the voting population of Travis County. In a county that houses one of the largest urban universities in the nation, this number may come as a surprise. Some attempt to blame this measly percentage on teenage apathy, but looking further into the issue reveals that there are many barriers students must overcome in order to line up at their local polling place.

As a part of the Youth Voting Project, we have outlined just a few of the problems that plague students on their path to voting. Despite the fact that young people want to give back to their communities and participate civically, many feel that voting is not the best avenue to affect change. A part of this is the belief that “one vote doesn’t matter.” When this excuse infects a whole section, 92 percent of young people in Travis County, it becomes a dangerous force, as well as completely untrue.

Another issue is the newly instated voter identification laws that require individuals to present some form of government issued identification before they vote. This law puts arguably unnecessary barriers in place that make voting more complicated. University students are not allowed to use their student IDs to vote, alienating a population that might have expired driver’s licenses or none at all. If a student waits in line for a few hours to vote on election day but forgets their ID for some reason, the student becomes discouraged and turned off from the voting process. Many stories from the latest election at the University of Texas reflect this exact situation.

Intimidation is another large factor in the act of voting. Mark Strama from Rock the Vote, an organization devoted to increasing youth engagement in the political process, stated that “the battle is not so much against apathy as against cynicism.” Young people care about current issues, but they are intimidated by and do not trust the government because they see it as too far removed.

Even if students surmount the widespread myths and fears of the system, there is a great lack of comprehensible support when it comes to the registration and voting processes. For example, for students, absentee voting can be confusing and has to be planned several weeks in advance from election day in order to be eligible to vote, but this information is not commonly broadcast through campus communities.

Our group does not despair at the severity of the problem, however, and we have propositions of varying scope and ambition aimed at curbing this downward curve of youth voting. Locally, we advocate simpler goals, such as more polling locations on campus, a University­-sponsored website dedicated to informing students on voting, an orientation class or module on voting and more discussions and openness with the administration about the problem. Broadly and ambitiously, we aim for sweeping, institutional change in the form of a national voting holiday or mandatory voter registration (which has led some countries to see voter turnout rates in the 60-percent range).

Not everything we dream of seeing done is feasible or reasonable. However, there is a real, tangible need for change. Left alone, youth involvement may continue to shrivel until the democratic process is irreparably crippled. We believe that we are touching the pulse of this issue and have highlighted the areas where change can begin, one step at a time, to gain traction. As for the rest, we firmly believe in the philosophy of cathedral building.