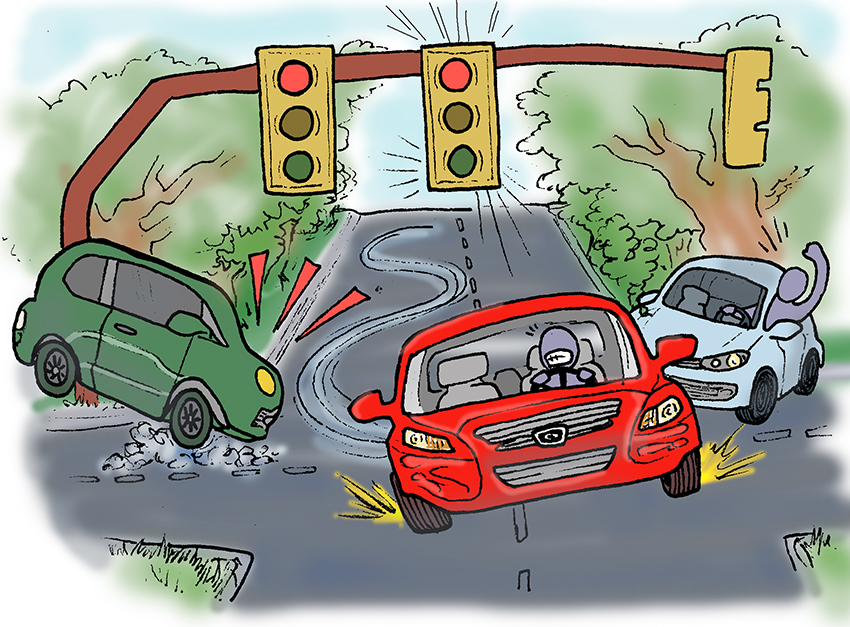 Reckless driving offenses in the campus area have decreased slightly since 2013 but remain relatively low when compared with other driving-related violations such as drunken driving, according to data from the UT Police Department.

Between 2011 and 2013, UTPD received 10 reports of reckless driving but have only received four reports between 2014 and now. In comparison, there have been 222 reports since 2012 of drunk driving, according to UTPD records.

UTPD officer William Pieper said increased construction on campus resulting in less traffic may be a reason for the slight drop in reckless driving offenses.

Reckless driving incorporates a wide range of offenses and implies the driver disregarded the safety of others and deliberately disobeyed traffic laws while on the road, Highway Enforcement Command Lieutenants Gerardo Gonzales and Keith Suitt said in an email.

“Reckless driving is a result of a combination of violations,” Gonzales and Suitt said in the email. “Typically, it is speeding, failure to signal intent, following too closely, unsafe movement and lane change, possible impairment and at times even a crash.”

While criteria for these offenses are not always obvious, Pieper said deliberate acts such as running a red light or speeding a significant amount over the limit would qualify as reckless driving.

The offense is punishable with a fine of up to $200 or up to 30 days in jail, but most instances of reckless driving do not result in prosecution because of unclear explanations from those who report the vehicle, Pieper said. He said it is difficult to file charges if an officer did not witness the offense.

Pieper said officers apprehend more driving violations that involve alcohol because it is a less subjective offense and evidence can be substantiated through blood draws or breathalysers. Observing a drunk driver is easier than spotting a reckless driver because they may only be driving recklessly for a short period of time, Pieper said. Reports of reckless driving frequently turn out to be DWIs or other alcohol related offenses instead, according to the Highway Enforcement Command.

Pieper said narrow lanes on 24th Street make it a prime location for reckless driving incidents to occur because of  limited reactionary time. He said these incidents occur during traffic-heavy times such as the morning and late afternoon.

UTPD frequently receives complaints of traffic violations including people running stop signs or almost hitting pedestrians, who should always have the right of way, Pieper said.

Management Information Systems senior Sanam Prasla said she drives her car around campus and while she generally feels safe, she does occasionally see violations that could result in reckless driving such as failure to turn on headlights and not completely yielding to pedestrians at stop signs.

“I feel a bit unsafe when I notice these things because if I were switching lanes or if I was a pedestrian, that would put me in danger,” Prasla said.

Pieper said he recommends drivers to report violations that they think could be classified as reckless driving and said pedestrians should always be mindful of their surroundings before crossing the street.