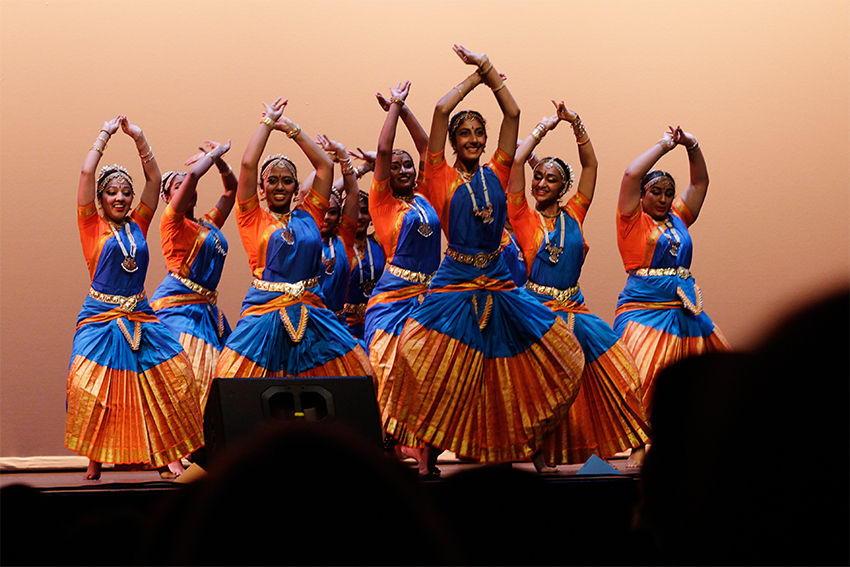 The Texas Revue is the largest event hosted by the University Unions annually, showcasing a variety of acts to over 1,000 attendees. Although each of the performances at the Texas Revue is given the stage for only five minutes, each represents an individual who has undergone hours of practice, personal development and sacrifice.

This year’s Revue had a diverse array of acts in the lineup, including cultural and hip-hop dance, singing, beatboxing and rapping. From freshmen to seniors, the Revue gave the competitors an avenue for self-improvement and development in ways that they couldn’t have imagined.

For finance senior Shamis Khan, being in the audience at the Revue his freshman year was the moment he decided to join the Punjabbawockeez. PJW is the first all-male South Asian fusion dance team at UT that combines traditional Bhangra with modern hip-hop. After seeing the team own the stage and win “Crowd Favorite,” he decided to give it a try.

“Growing up a relatively shy, reserved kid, I had never danced before, not even in front of family, so how in the world would I ever be able to join the ranks of those guys?” Khan said. “But I had to try, right?”

Similarly, neuroscience freshman Taimur Siddiqui joined the Nach Baliye dance team early on. He believes that participating in the Revue and being part of a dance team made him realize his true potential. After hours of practice with his team during his first year at the University, Nach Baliye was awarded with the “Best Overall” award.

“Learning to actually commit to moves outside of my body’s ‘normal range’ paralleled my learning to get out of my comfort zone emotionally and mentally,” Siddiqui said. “[Nach Baliye] saw a greater potential in me than I perhaps did, and that made me an even better dancer because I felt a growing motivation to push myself. I became reacquainted with my culture through NB, and I’ve gained insight into how unique Bollywood-Fusion dance can be.”

Becoming involved in the arts and entertainment as an upperclassmen has helped him transition into college. Being part of a dance team is a huge time commitment, but it enforces time management and encourages self-motivation.

“I got to showcase how much I’ve grown and what we’ve worked on for countless hours to my school, my friends and my family,” Siddiqui said. “We were so grateful for the opportunity to perform for our school and to represent UT on a national and local scale.”

After three years of being on the team, Khan’s time in PJW came to an end. He attributes much his first Revue experience in 2012 as the beginning inspiration behind one of the most influential decisions and experiences in my life.

“This past weekend, everything came full-circle,” Khan said. “My final performance with the team was at the very event and venue where I saw them perform for the first time, and it was something I’ll never forget. To perform alongside such an unbelievably diverse group of other talented acts was such an honor in itself.”

The University places a great deal of importance on academics, and the Revue complements this purpose by encouraging students to come out of their comfort zone and showcase the many various talents that students across the 40 Acres possess. What starts here at the University may change the world, but what starts at the Revue creates ardent, well-rounded individuals who are encouraged to change the world with the arts.