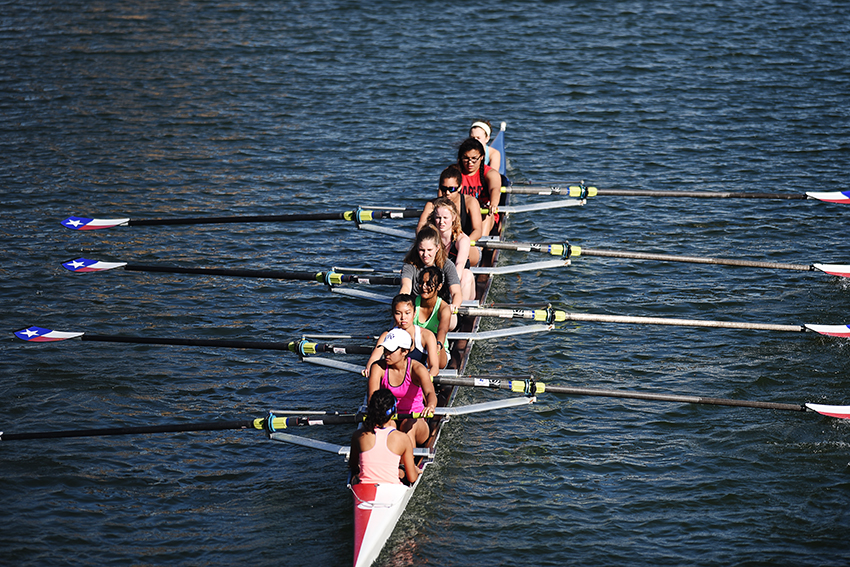 No. 8 Texas will face No. 4 Virginia this Saturday in a series of head-to-head races at Walter E. Long Lake.

The races are a rematch between the two schools, as the Longhorns and the Cavaliers previously faced off in the Clemson Invitational on April 16. Virginia topped Texas in five of the races in the invitational.

The two schools have a further history of tight competition — last year in the NCAA Championship, Texas raced against Virginia directly in two races and narrowly fell to Cavaliers by five points.

The Longhorns hope to continue the momentum that they gained last weekend. They finished the Clemson Invitational by sweeping all five races on the second day, and the
Varsity 8 boat was rewarded for their performance by being named Big 12 Boat of the Week last week.

While Texas has had a successful season, they have struggled against the top ranked teams like Virginia, No. 3 Ohio State and No. 1 California.

The matchup is the final race of the regular season before Texas heads to the Big 12 Championship.