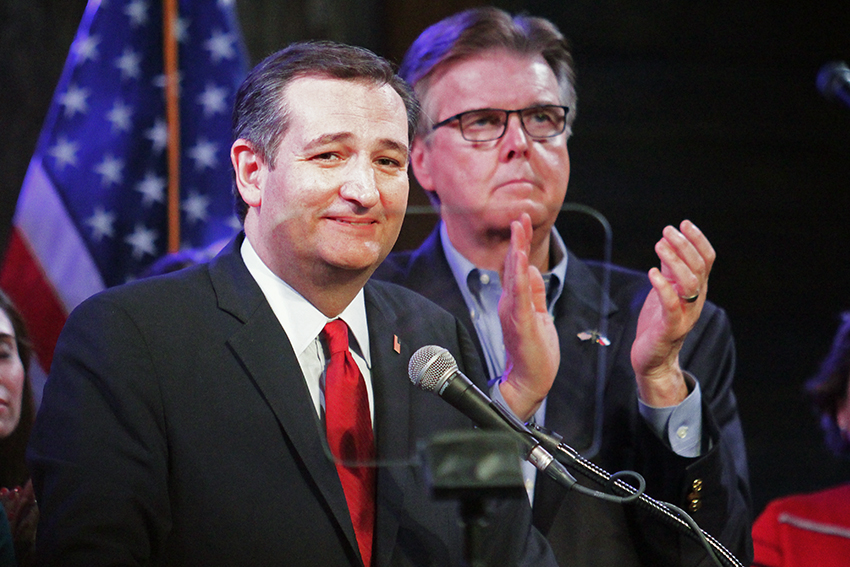 Sen. Ted Cruz (R-TX) withdrew his candidacy for the Republican presidential nomination after a stinging defeat in the Indiana primary, where businessman Donald Trump solidified his stance as the party’s frontrunner with only half of the state’s precincts reporting.

Cruz, who made the announcement in Indianapolis on Tuesday evening, would have already been unable to deny Trump a majority because of delegate math, with Trump far closer to clinching the 1,237 than Cruz or Gov. John Kasich (R-OH).

“I said I would continue on as long as there is a viable path to victory. Tonight, I’m sorry to say, it appears that path has been foreclosed,” Cruz said to supporters. “Together we left it all on the field in Indiana. We gave it everything we got, but the voters chose another path.”

With a 2-1 advantage, Trump’s delegate lead made it mathematically impossible for Cruz to secure a majority of delegates through a contested convention in late July, when the campaign had hoped it could attract enough delegates to keep Trump from the nomination.

“After the primary results today, it pretty much seals Trump’s path to the nomination,” Madison Yandell, College Republicans president and government senior said.

After Cruz’s exit, Trump’s only competition is Kasich, who has only won one state so far in the Republican race.

With only around 150 delegates so far and few states left to vote before the summer nominating convention, Kasich’s chances at securing the nomination anytime soon is next to impossible, Yandell said.

“He’s definitely not going to take the numbers needed to be able to win,” Yandell said. “He’s already so far behind anyways.”

As the Republican race winds down to a close, the next states left to vote are Nebraska and West Virginia on May 10, with a minimal 36 and 34 delegates up for grabs.

While Republicans are left with only two candidates in their race for the nomination, Democratic voters in Indiana gave Sen. Bernie Sanders (I-VT) a surprising victory over frontrunner and former Secretary of State Hillary Clinton, who had led in most polling taken before Tuesday night’s primary.