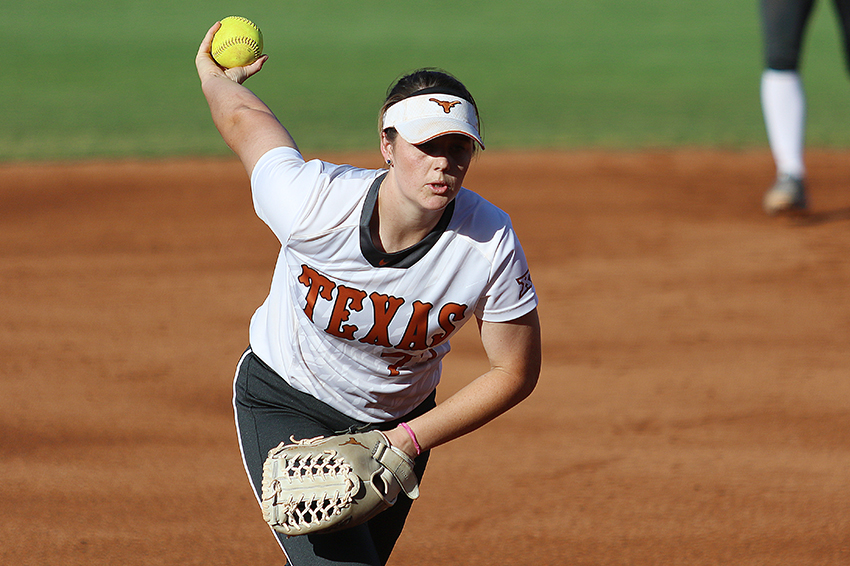 Texas’ regular season is quickly coming to a close, and Wednesday’s matchup against North Texas is its last non-conference game on the schedule.

The Mean Green aren’t a high-powered opponent, so unfortunately for the Longhorns a win won’t do much for their RPI. Instead, Texas will look to use the game as a final chance to tune up before four must-win Big 12 contests.

“The non-conference on Wednesday — that’s one you worry about in regards to motivation,” head coach Connie Clark said. “Those are a bit of a challenge with your mentality sometimes, at least with your approach. But every game matters right now, so we keep that focus.”

Texas has been getting offensive production from the entire lineup in recent games, and it will look to keep that going against North Texas. The Mean Green pitching staff has a collective 4.34 ERA and shouldn’t pose many problems for the Longhorn hitters.

Sophomore pitcher Paige von Sprecken and freshman outfielder Reagan Hathaway are two young Longhorns performing well at the plate. Von Sprecken currently boasts a team-high .472 batting average and has become a consistent fixture in the lineup even when she’s not in the circle. Hathaway was on a hot streak early before falling into a slump but is starting to find her swing again.

“It’s pretty typical: you have a high-level recruit that comes in so hot out of the gate, then scouting reports get out and she has to make adjustments,” Clark said. “[Reagan’s] been working through that, and she’ll hopefully finish out really strong for us.”

Defensively, the Texas pitching staff will challenge the North Texas hitters. Junior infielder Kelli Schkade is the biggest offensive threat from the Mean Green and comes into this matchup with a .393 batting average, 13 home runs and 41 RBI.

North Texas has consistent hitters throughout the lineup, but it hasn’t faced a pitching staff that matches Texas’ since it played Oklahoma in early April. The Longhorns have a collective 2.29 ERA and have cut down the number of free passes issued in recent weeks, which was their biggest problem early in the season.

Texas holds a 12-1 overall record over North Texas and has won the last five contests. The Mean Green is currently riding a 12-game losing streak and a win over the Longhorns would be huge for its season, but Texas has no plans to let that happen.

“It’s really about how we finish right now,” Clark said. “These last games are important to the committee. I like what we’re getting from them right now. They’re really coming together at the right time.”