The Daily Texan • May 5, 2016 • https://thedailytexan.com/2016/05/05/engineering-professor-recognized-for-computer-engineering-research/ 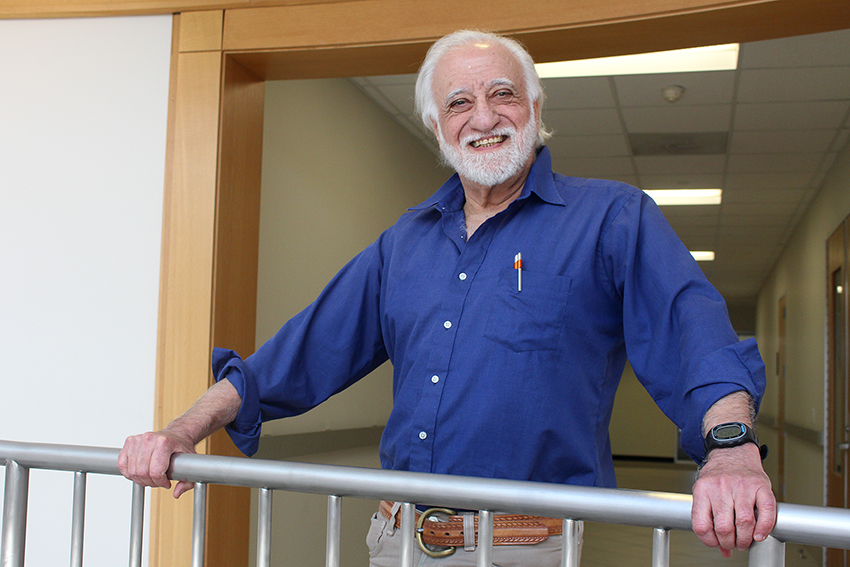 “When you write a program, the program executes the instructions one after the other,” Patt said. “But not every instruction depends on the previous instruction. There are lots of things that can be going on at the same time.”

Rather than waiting for individual steps to be done in order, Patt and his team provided the structure on chips that follow instructions whenever data is ready so that multiple processes can happen at once.

“We can get everything done much quicker because there are lots of things going on simultaneously,” Patt said.

“The Benjamin Franklin Medal is one of the highest recognitions in the U.S. for science, engineering and technology,” Peppas said. “I’m proud to have [Patt] as faculty here at the University. He has dedicated his life to teaching. He is one of the best educators we have.”

Jonathan Valvano, an electrical and computer engineering professor, said Patt is rare in that he is a distinguished professor who teaches freshman courses.

“[Most chaired professors] seldom offer to teach undergraduate classes and almost never offer to teach lower-division classes,” Valvano said. “[Patt] designed and implemented a freshman class as an introduction to computers. This class has profoundly impacted computer engineering across the world.”

“He creates an environment of high expectations,” said Pruett, Patt’s Ph.D. candidate who took Patt’s lower-division courses. “He challenges you to work on tough problems that most others would argue are impossible. It’s not enough to explain what something does or how it works, you must also understand why it works.”

Patt, a member of the Academy of Distinguished Teachers UT and recipient of numerous other accolades, said despite the prestige, the award is a small part of his identity, and teaching is his main passion.

“[Teaching is] what I love most of all,” Patt said. “The award is just one little item in my life. It doesn’t define me.”