From opinion to sports, Johnson appreciates the journey 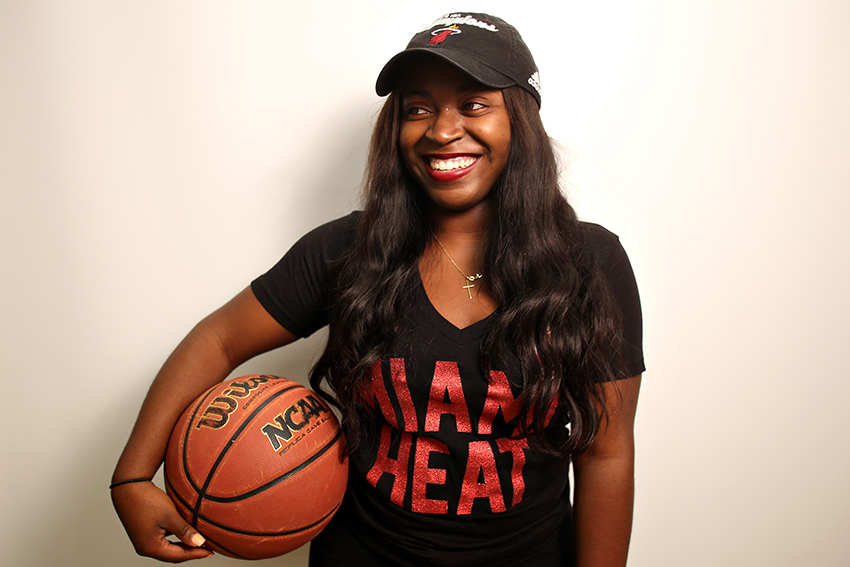 This is my part — nobody else speak.

I first arrived on the 40 Acres in spring 2013. I didn’t know many people. I had no idea where anything was. But I knew I wanted to be a sports journalist. And I knew getting into the journalism school with no published clips would be a challenge.

So I tried out for The Daily Texan. But not right away. It took me a whole semester to muster up the strength to shoot my shot. I tried out for the opinion and sports departments. I wanted to bring a black perspective to the paper… something my Black Power Movement classmates thought the paper lacked. But I also wanted to be the next Jemele Hill.

I made the cut for the opinion department and spent the next two semesters as an opinion columnist. My first article was about the importance of studying abroad, but eventually I wrote a story people paid attention to. In response to a UCLA video highlighting their lack of black males (3.3 percent), I decided to look up the percentage of black males at Texas. Texas was worse. UT black males made up 1.6 percent of the University’s fall 2011 student body.  Although black males have decreased (from 842 to 763 as of 2013), I highlighted the overpopulation of black males on the football field yet underrepresentation in the student body.

Most of my stories after that were about sports, which emphasized my need to transition into the sports department. My first semester there, I covered the men’s tennis team, followed by the Big 12 Blog.  I thought it’d be impossible for girls to cover one of the higher beats. Then Jori became sports editor, and I realized that I was my own barrier, not my gender. Shortly after that, I became the beat writer for the women’s basketball team (the best beat ever). While covering that beat, I attended my first media availability, sat in the press box for the first time and experienced the demand that comes along with covering a popular beat.

It took me a whole semester to get used to constantly receiving texts and emails about stories. It took even longer to get used to driving 30 minutes to attend a 15-minute meeting that could’ve been an email. But through it all, I grew. I grew as a journalist. I grew as a person. And I’m thankful for the role the Texan has played in that growth. Thank you all for a great three years.  It’s been an honor to represent the Texan and an even greater honor to list The Daily Texan on my resume.

This little light of mine. Glory be to God.