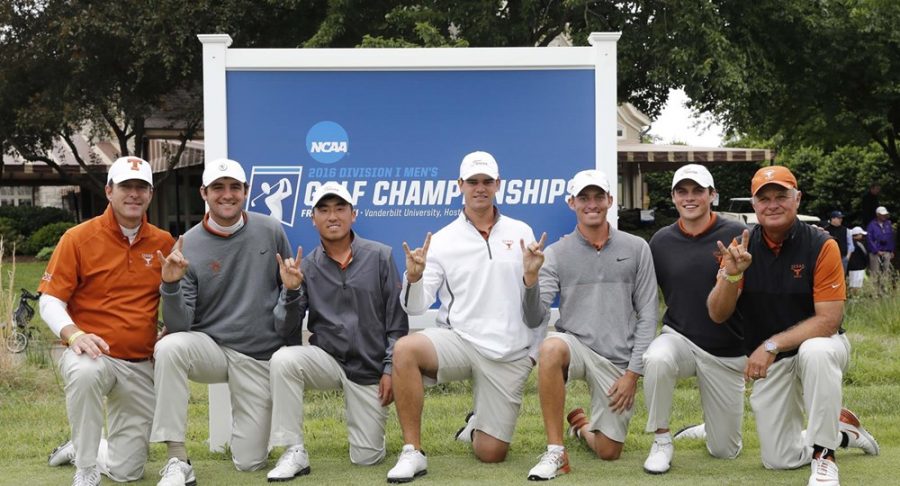 The No. 1 Longhorns advanced to their tenth straight NCAA Championship after winning the Franklin, Tenn. Regional on Wednesday by 11 strokes at 45-under par.

“To be able to do this 10-straight years is outstanding,” head coach John Fields said. “I'm really proud of our guys — it isn't easy to compete at this level all the time, so I have a lot of respect for the teams that we play against. But I'm really happy for our program and the University of Texas.”

Four Longhorns finished inside the top 10 with Sophomore Doug Ghim leading Texas in a tied-second finish — the lowest of his career. Ghim fired rounds of 64, 69 and 69 to finish 14-under for the tournament.

Junior Gavin Hall and redshirt sophomore Taylor Funk each tied for sixth at 9-under. Funk shot a career-low 7-under 65 in the first round. He followed it up with a 3-under 69 and 1-over 73 in the final two rounds. Hall posted a 2-under 70, 3-under 69 and 4-under 68 over the three days.

“I'm just pleased that we are all playing well,” Hall said. “I think that has been our main goal. Up until this time of the year, we just wanted to keep getting better and better, and I think we are proving to ourselves that we are. We played great at Big 12s, and then to come out here playing well as a team is huge moving forward to Eugene.”

Junior star and the No. 1 in the country Beau Hossler struggled to a 1-over 73 in the first round before bouncing back with an 8-under 64 and 1-under 71. Hossler finished in a tie for ninth at 8-under.

Starting May 27, the Longhorns are setting their sights on the NCAA Championship in Eugene, Ore., where they’ll begin their run for a fourth national championship and first since 2012. Texas made it to the quarterfinals last year before losing to USC in match play.

“We just need to enjoy this win for a moment and then get prepared for the national championship,” Fields said. “I know these guys have something to prove—they want to get back there and do something. This is the first step. Step two is getting prepared, and step three is going over there and getting it done.”